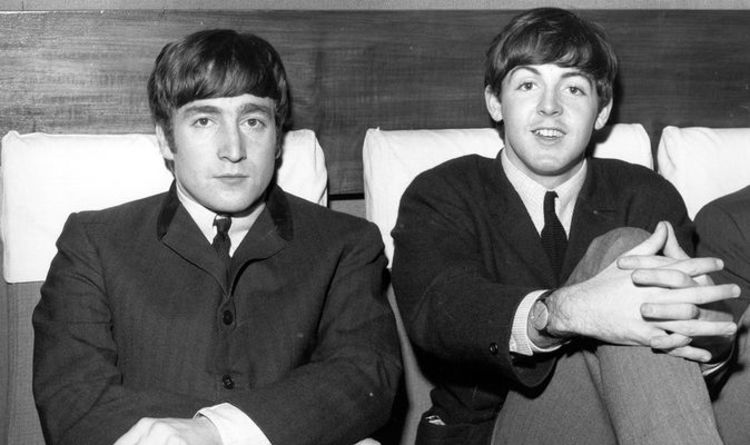 The John Lennon and Paul McCartney partnership produced some of The Beatles’ biggest and best songs throughout their career. The writing duo found fame with such hits as Let It Be, Help! and Hey Jude. Their writing styles blended together perfectly, but The Who guitarist Townshend previously revealed they were very different in social situations, treating people in vastly different ways.
Speaking in 1968, Townshend told Rolling Stone about hanging out with each member of the Fab Four individually.

He said: “I had an incredible conversation once with Paul McCartney. The difference between the way Lennon and McCartney behave with the people that are around them is incredible.”

The beginnings of Townshend’s theory could be spotted through various parts of the band members’ lives.

Lennon became an eccentric artist in the final years of the band as demonstrated in the works of art and music he created with his second wife, Yoko Ono.

Townshend said: “What Lennon does is he sits down, immediately acknowledges the fact that he’s John Lennon and that everything for the rest of the night is going to revolve around him.

“He completely relaxes and lets everybody feel at ease and just speaks dribble little jokes, little rubbish like he’s got, In His Own Write and little things.

“Like he’ll start to dribble on and get stoned and do silly things and generally have a good time.”

McCartney had a different way of dealing with things, even down to the way he experienced the band splitting up in 1970.

Townshend continued: “One of them is f*****g Paul McCartney, a Beatle, the other one is me, a huge monumental Beatle fan who still gets a kick out of sitting and talking to Paul McCartney.

“And he’s starting to tell me that he digs me and that we’re on an even-par so that we can begin the conversation which completely makes me even a bigger fan.”

It seems the two musicians inspired each other, however. Townshend recently revealed he was the person who motivated McCartney to record his own album.

Speaking to Uncut, Townshend said: “I was working on my first solo album, Who Came First. Paul and Linda [McCartney] were in the studio doing something as well and they came up to have a listen.”

Townshend continued: “Paul said to me: ‘How did you do this?’ I told him that I’d recorded it at home, where I had a little mixing desk and an eight-track tape machine.

The Who star revealed a short while later McCartney called him excitedly to reveal he had begun working on his own music.

The guitarist said: “[Paul] called up one day, really energised: ‘The guys from Abbey Road have delivered an eight-track machine to my house in St. John’s Wood and I’ve started.’”