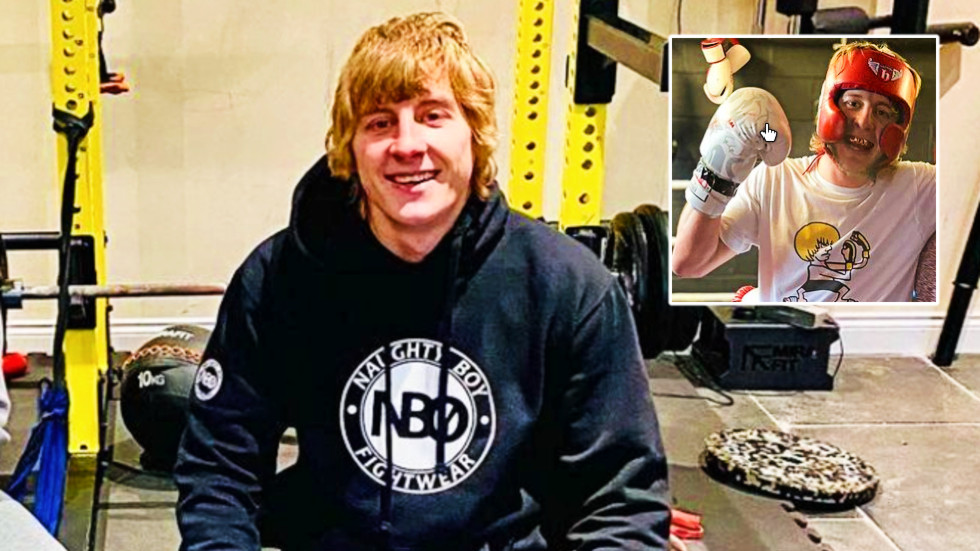 UFC newcomer Paddy Pimblett has revealed gory threats of violence against his family he claims to have received from Georgians on social media, adding that he sees his feud with Guram Kutateladze and Liana Jojua as “irrelevant”.

Freshly-signed UK fighter Pimblett says he has received graphic descriptions of how he will be attacked after calling Georgians “stupid” and saying it was “no wonder” that Russians “terrorize their lives”.

Sweden-based Georgian UFC fighter Guram Kutateladze has criticized Pimblett and offered to fight him, and flyweight Liana Jojua also took the comments, which Pimblett says were light-hearted, to be about the Russo-Georgian conflict of 2008, saying she was “ashamed” to read them because her grandparents had died in the conflict.

“Is that one a woman?” Pimblett asked RT Sport when asked about Jojua’s outrage, adding that his jibes, in which he also called Kutateladze a “fake Russian”, were partly a reflection of Liverpool wit and an upbringing that was devoid of education about upheaval in the Georgia region.

“Someone told me she’s one and two in the UFC but I haven’t got a f***ing clue. I don’t know these people. All these fighters mentioning me are irrelevant to me. It shows how important I am to them.

“To me, calling someone a fake Russian isn’t very offensive. I’ve been called a fake Swede because of my hair. I don’t start going, ‘Oh my god, he’s racist.’ Look at his picture – he looks like Khamzat [Chimaev].

The 26-year-old said he had been annoyed by so many people contacting him about the row and wanted to beat Kutateladze “just to shut up all these Georgians who are sending me messages on Instagram, doing my head in.”

“I don’t care what he’s got to say,” emphasized Pimblett. “It makes no difference to my life, and nor do all these Georgians messaging me saying they’re going to kill my family.

“It means nothing. They can message me all they want saying they’re going to come and f**k my mum and do this and that, but it’s not going to happen, is it?

“I’ve had major messages off Georgians saying they’re going to come and rape my mum and dad and make me watch, stuff like that. I’ve just been laughing at them because it’s hilarious.

I’ve sent my address to a few Georgians saying, ‘come and see me. I will be here every morning.’ No one’s turned up and they won’t turn up.

“No-one’s going to punish me. I wasn’t talking about any sort of war. I didn’t even know they’d been to war – it’s not something that we get taught in English schools.

“I deleted the tweet because it obviously got people’s backs up, but I wasn’t talking about the war.”

If this guys thinks that this is somehow funny or appropriate then I don’t know what to say. My grandparents just like a lot of other innocent people were killed during the war. I feel ashamed that this kind of people represent our sport. @ufcpic.twitter.com/A2gCgcXD77

It’s very easy to tweet something stupid and then delete it the moment your ass gets burned, however, it’s takes real courage to publicly apologise to the people you have offended just because you wanted to get under somebody’s skin. @PaddyTheBaddy

Pimblett compared his self-professed ignorance to the lack of knowledged he believed Georgians would have about the Hillsborough Disaster that killed 96 football fans at a match in England in 1989.

“It’s like saying to them that Argentina and England had the Falklands War,” he suggested. “I’ll say, ‘you’ve been terrorized’ – it’s just a word.

“Georgia and Russia having a war is not something that’s on the news in our country, so how the f**k am I supposed to know that?

“It’s like me saying to them, ‘Do you know what Hillsborough is?’ No, they don’t. I wouldn’t have jumped off the handlebars and said, ‘you’re talking about 96 people who died there.'”

‘The Baddy’ made his name with his flamboyant Cage Warriors performances before describing himself as the UFC signing of the decade when he agreed a deal at the end of last month.

“He’s a nobody who wants to be a someone,” he said, comparing himself to 29-year-old Kutateladze, who volunteered to “welcome” Pimblett to the UFC by providing his first opponent.

“If he beats me, he becomes a someone. I might not have had a UFC fight yet but I’ve got more followers than most UFC fighters.

“He probably looks at me and thinks, ‘oh, he’s a small skinny kid’. I know my skills and he wouldn’t get near me – that’s why I laughed it off.

“Guram called me a kid because I still look like a kid. I’m good-looking, whereas he looks like he’s about 45 and he’s had about seven kids.

“I’m not an idiot on the internet who needs people to accept them. I say what I want, when I want.”

Also on rt.com Meet Paddy Pimblett: The Beatles-mopped snowflake hater who has clashed with Liana Jojua & says he’s UFC’s ‘signing of the decade’