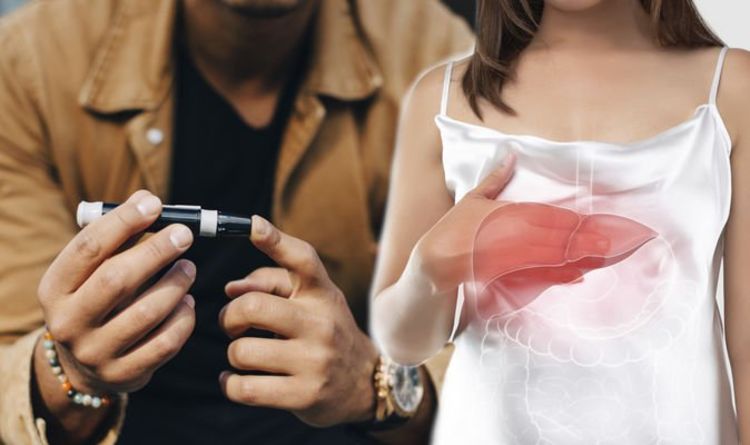 Non-alcoholic fatty liver disease (NAFLD) is one of the most common chronic liver disorders worldwide. It is associated with clinical states such as obesity, insulin resistance, and type 2 diabetes, and covers a wide range of liver changes, ranging from simple steatosis to non-alcoholic steatohepatitis (NASH), liver cirrhosis, and hepatocellular carcinoma. What is the link between fatty liver disease and insulin resistance and how can you improve it?

In a study published in the US National Library of Medicine National Institutes of Health, non-alcoholic fatty liver disease and insulin resistance was analysed.

The study noted: “Metabolic disorders, such as lipid accumulation, insulin resistance, and inflammation, have been implicated in the pathogenesis of NAFLD, but the underlying mechanisms, including those that drive disease progression, are not fully understood.

“We previously showed that insulin resistance promoted the progression from simple fatty liver to non-alcoholic steatohepatitis.

“Insulin resistance is pivotal for the progression of NAFLD. It has been shown that NAFLD is closely associated with insulin resistance, as 70 to 80 percent of obese and diabetic patients have NAFLD.”

How to improve insulin resistance for a healthier liver

UK researchers looked at weight loss and also at certain biomarkers, or indications of fatty liver, such as levels of a liver enzyme known as ALT (alanine aminotransferase).

What they found is that in people who did not attempt to lose weight or tried with a standard weight loss diet were not very successful but those who participated in a more intensive program showed greater weight change and with it, improvement in their liver status.

Exactly how the weight loss improves liver health is not known for sure, the researchers say.

It could be that by improving control of blood sugar levels and reducing problems of insulin resistance may explain the positive changes in liver function, says study leader Dr Dimitrios Koutoukidis, a researcher at the University of Oxford.

Most people with fatty liver disease don’t have symptoms, and that’s true even if it has developed into NASH, said Health Harvard.

The site added: “Only occasionally do people feel run-down, or they have an achy feeling in the upper right side of the abdomen, where the liver is located. So, more often than not, fatty liver disease and NASH are discovered incidentally, starting with higher-than-normal levels of liver enzymes on a routine blood test.

“Some researchers have developed formulas that use a simple blood test and measurements of various hormones, inflammatory factors, and liver enzymes to arrive at a diagnosis, but this work is at a preliminary stage.”