'Francis Ngannou can beat Tyson Fury with a boxing training... 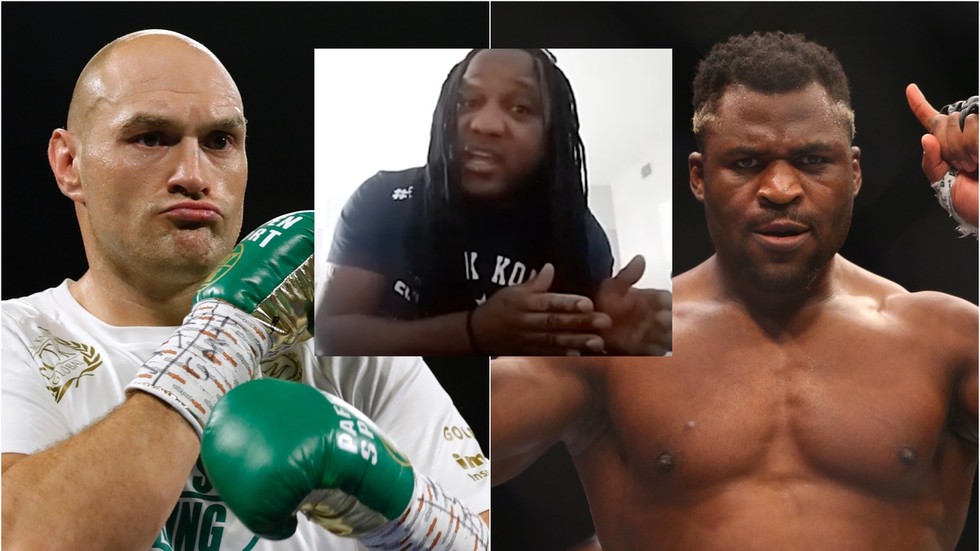 Danny Armstrong is a Moscow-based British journalist, reporter and presenter for RT Sport. Follow him on Twitter @DannyWArmstrong

Former pro boxer and Muay Thai world champion Cooper refined Ngannou’s straight left that sat Miocic down once before a final switch-flicking blow to grasp the heavyweight belt at the second attempt against the likeable American in March.
Advertisements

While making a post-fight appearance on podcast Hotboxin’ with Mike Tyson, Ngannou told the former ‘baddest man on the planet’ of his desire to fulfil a “primary dream” to compete in the noble art, and to fight another Tyson, the current unbeaten WBC heavyweight champion of the world.

In an interview with RT Sport, Cooper expressed his belief that with the correct amendments to his charge’s training camp, a victory against ‘The Gypsy King’ would be entirely attainable.

“Tyson Fury right now is the best boxer in the world. Tyson is difficult for any heavyweight because of the attributes, the speed, the boxing ability, the good defence, the confidence and swagger,” Cooper said.

READ MORE: ‘I’d smoke you in the first round’: Fury escalates spat with UFC champ Ngannou after row which dragged in Mike Tyson

“Tyson’s a real one and Tyson is a tough fight for anybody in boxing. But Francis definitely can fight any heavyweight with time and amending the training a little bit. He can definitely do it because Francis does have power.

“However with a boxing glove the power would decrease a little bit compared to what it is with the MMA gloves because MMA gloves is only 4 ounces while a boxing glove is 10 ounces so that makes a difference. A lot of little intangible things.

“Of course he can box and of course he could eventually beat someone like a Tyson Fury for sure.”

Cooper knows a thing or two about the squared circle himself, having compiled a 19-3-3 record as a cruiserweight and heavyweight in a pro career that spanned more than two decades, before going on to win seven world titles as a trainer with notable names such as Vegas-based Jessie Vargas and Kazakhstan’s Beibut Shumenov.

Manchester man Fury is no stranger to facing devastating power in the ring; he prised the WBC belt from Deontay Wilder by stoppage in February last year, who is reckoned the hardest puncher ever to grace the sport and still, despite Ngannou’s worthy claims, the planet.

The 6ft 9in fighter insisted it would take only one round for him to “smoke” Ngannou, but Cooper thinks the gulf isn’t that big, and that with some changes made to the France-based fighter’s training regimen, he could beat Fury “for sure”.

“The championship MMA fight is 25 minutes, a championship boxing fight is 36 minutes. And let me tell you something – those 11 minutes makes a big difference when you’re not getting taken down,” Cooper said.

“You can’t lay on the ground, you can’t go for submissions. It’s punching up, tying up momentarily being broken and keep punching again.

“So the anaerobic aspect has to be on point to a lot of people who do MMA think boxing is much easier until they box then they realize boxing’s way harder than people think. More people died in boxing than any other fight sport that should tell you something right now. Boxing is a very dangerous sport to be involved in.

Fury is scheduled to face fellow Brit Anthony Joshua next, after ditching the idea of a trilogy with Wilder in favour of a unification fight with the WBO, IBF and WBA heavyweight titleholder, and recently claimed a date will to be announced this week.