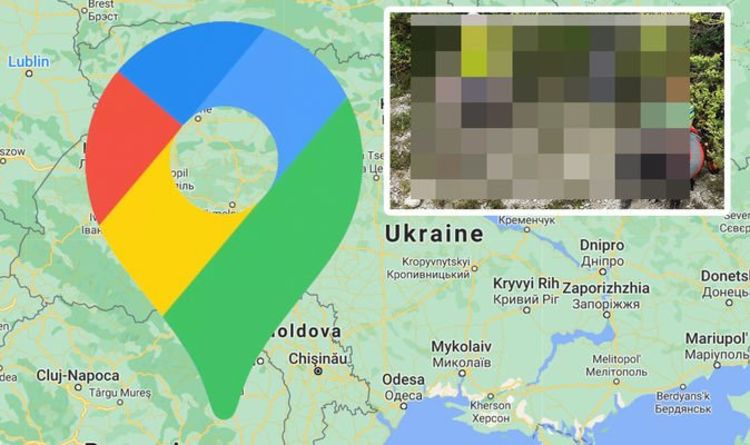 Google Maps Street View is intended for use as a serious tool. However, thanks to the scene the tech giant shoots combined with user-contributed content, it’s often a source of entertainment and intrigue. A deeply disturbing image photographed in rural Ukraine is one such example.
One of his legs appears to be completely severed and is lying on the ground in front of him.

The man is resting both his hands on his knees as he relaxes on the rucksack.

Amazingly he shows no pain or horror at the shocking accident that appears to have occurred.

The woman also shows no consternation, leading the viewer to wonder whether perhaps there’s more to the shot than meets the eye.

Clearly, rather than a horrendous calamity befalling the hiker, there is a more rational explanation.

The alarming image is, in fact, probably the result of a technological glitch with the Google cameras.

The photography splicing has caused the problem due to the way the images are assembled.

When taking the photo, the 360-degree cameras shoot multiple pictures to create the seamless image.

This is done by knitting the images together to make them seem realistic.

On closer inspection, the apparently severed limb is actually blurry at the top, while the man’s left leg actually finishes at his ankle, thus not matching the lower leg.

Moving objects often ruin the scene as they shift when the photos are taken – hence the shocking scene.

This is far from the first time such a technological error has occurred on Google Maps.

Strangely, only the legs of the pair can be seen striding forth – they don’t appear to have upper bodies at all.

The people have been cut off around the upper thighs, yet their lower limbs are totally intact.

This of course, as with the hiker, is the result of a glitch.