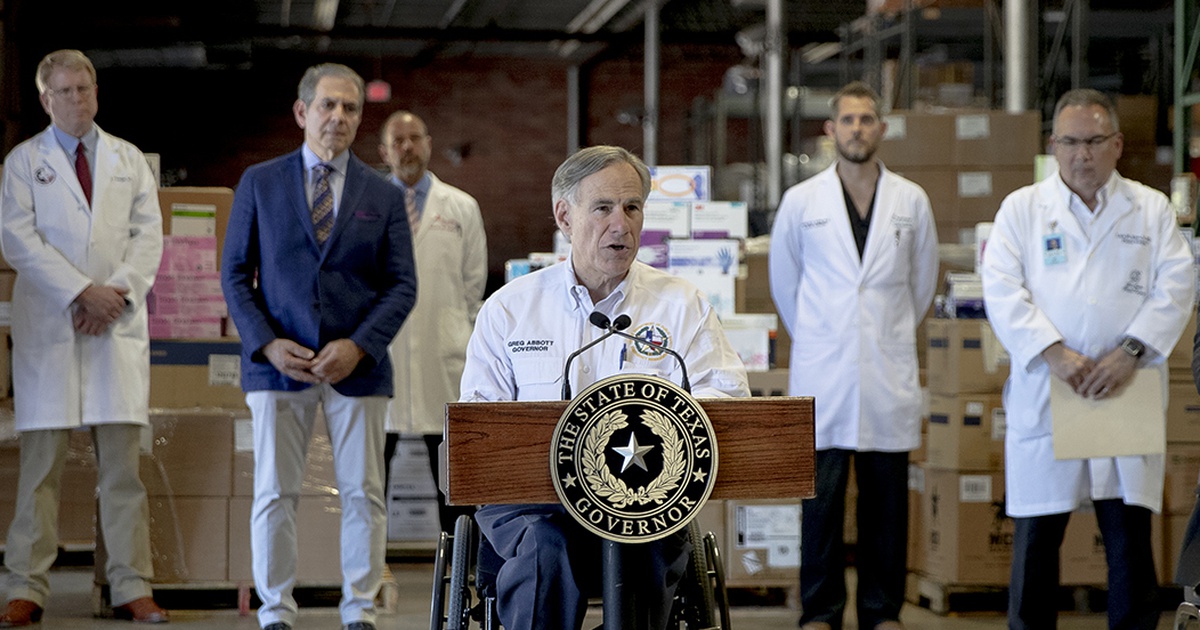 The Texas Senate passed a constitutional amendment Tuesday that would substantially reign in the power of the governor during emergencies like this past year’s coronavirus pandemic.

The Senate action, which must still be approved by the House, would require the governor to call a special session in order to declare a state emergency that lasts more than 30 days. The special session would give lawmakers the chance to terminate or adjust executive actions taken by the governor, or pass new laws related to the disaster or emergency.

The Legislature did not meet last year, as the pandemic swept the state, so Gov. Greg Abbott addressed the largely unprecedented situation with executive orders and declarations spanning several months, citing the Texas Disaster Act of 1975.

Abbott issued what essentially amounted to a statewide shutdown order last year, and he kept in place some level of capacity limitations for businesses until early March of this year. In July, he mandated that Texans wear masks in public. He also used executive authority to lift other state regulations to help businesses struggling during the pandemic, such as allowing restaurants to sell groceries and mixed drinks to go.

But, many state lawmakers say the Legislature should be the government body to make decisions that affect businesses and livelihood of Texans.

“Early on, people understood [business closures] because they’re like, ‘we don’t know what this is,’” Sen. Brain Birdwell, R-Granbury, said on the Senate floor. But as the pandemic and business closures wore on, Birdwell said the anger grew as the mandates continued.

Birdwell said if the governor believes the situation is dire enough that businesses need to close, then he needs to get the Legislature involved.

The resolution now heads to the House, where another proposal to check executive powers received a hearing but has not yet made it out of committee.

Birdwell and others have said the law is not intended to be an indictment of Abbott’s handling of the pandemic. But both Democrats and Republicans have been critical of how the governor wielded his power throughout the crisis.

Over the past year, Democrats and some public health experts have urged the governor to issue tighter restrictions to slow the spread of COVID-19 or give authority to county officials to impose local measures on top of statewide rules. On Tuesday, some Democratic senators expressed concerns the Legislature would not be able to act quickly enough to take necessary steps to address a disaster.

“I don’t see this Legislature being able to convene fast enough to answer…in the kind of disasters I have seen and expect the state to see in the future,” said Sen. Sarah Eckhardt, D-Austin, who used to serve as Travis County judge.

Meanwhile, a priority bill filed in the House would carve out future pandemics from how the state responds to other disasters.

That bill, HB 3, has not yet made it out of committee, but would allow the governor to suspend state laws and require local jurisdictions to get approval from the secretary of state before altering voting procedures during a pandemic.

Rep. Dustin Burrows, R-Lubbock, previously told the Texas Tribune that the proposal was meant as a starting point to map out responses in the event of another pandemic.

“HB 3 was trying to set structures, predicting the disaster or the emergency,” Birdwell said. “What I did was set a baseline…It is impossible to predict the disaster.”

Abbott lifted the statewide mask mandate and reopened businesses at 100% capacity in late February and has signaled he is aware lawmakers, even within his own party, are interested in curbing his power.

In his State of the State speech earlier this year, he promised to “continue working with the Legislature to find ways to navigate a pandemic while also allowing businesses to remain open.” In media appearances afterward, he signaled openness to reforming the governor’s emergency powers, telling the Tribune that his office is “offering up some legislation ourselves on ways to address this going forward.”

Abbott’s office did not immediately respond to a request for comment on the resolution.