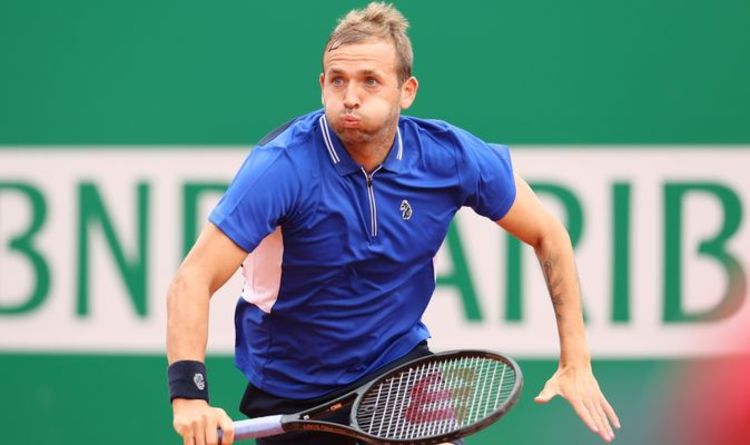 “He kept me waiting at the start of the match in the changing rooms a little bit so it was a little annoying,” Evans said.

“I was ready to go from that so that got me a little extra fired up.”

He added: “That’s why we roll the balls out. It’s one against one and we see who wins.

“Thats what I was telling myself. He gave me some cheap ones today which he never normally does so I was a little lucky there but I’m just very happy in coming through.”

Djokovic congratulated the British tennis star, but conceded that his own performance was the worst for some time.

“Congratulations to him, he was the better player. Probably one of worst performances from my side in the last few years,” Djokovic said.

“I felt awful on the court. I should have done much better, no positives from this match. Feels bitter leaving the court like this.”