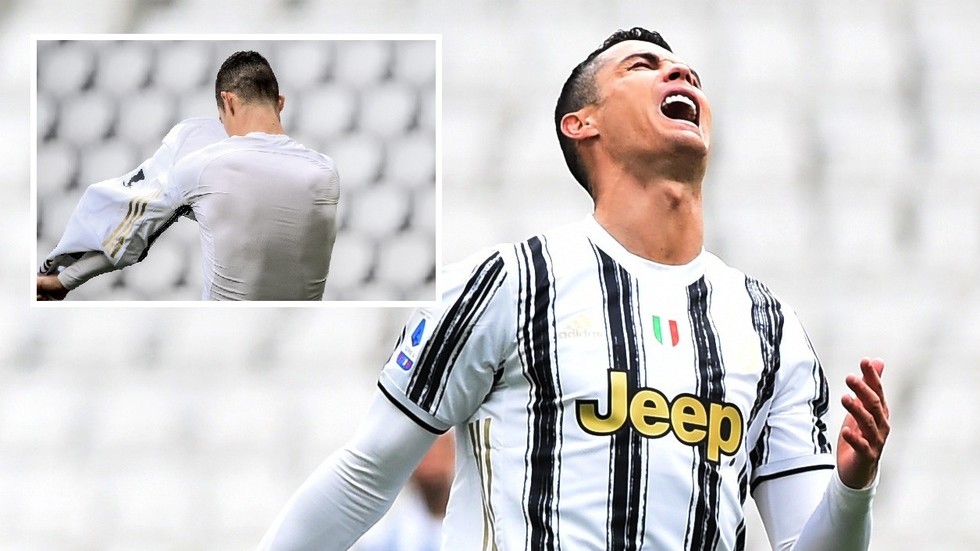 Ex-Juventus star Luca Toni has questioned the attitude of Cristiano Ronaldo for throwing the club’s jersey on the ground last weekend.

At the end of an important 3-1 win over Genoa that moved the Old Lady within 12 points of Serie A leaders Inter Milan, the Portuguese did not stay on the pitch to celebrate with his teammates.

The sacred bianconeri shirt was also whipped off and hurled to the floor at the Allianz Stadium, and while the five-time Ballon d’Or winner has claimed it was a gift for the ballboy, Toni was far from impressed.

“He’s the leading goalscorer, he scored a lot. But I’m not impressed by some of his attitude towards the group. I think back to when I was playing,” Toni said.

“I was very selfish and if I didn’t score, I still remained on the pitch to celebrate anyway. I endured the disappointment.

“Regardless of whether it was a coincidence or not, you don’t throw the shirt. Sometimes a great champion has to lead by example,” Toni insisted.

In his defense, coach Andrea Pirlo – a former teammate of Toni’s in the national team and for Juve – had said: “It’s normal he wanted to score a goal, especially seeing that the match had turned out in a certain way.

“It is part of the attitude of champions who always want to leave their mark.”
Also on rt.com ‘He just said no’: ‘Ashamed’ football star Robin Gosens reveals Cristiano Ronaldo ‘didn’t even look at me’ during shirt swap snub
Yet this is not the first time in recent months that the 36-year-old’s attitude has been called into question.

Following his lobbing of the captain’s armband after a dodgy goal-line incident during a World Cup qualifier against Serbia, former footballer and compatriot Fernando Meira also came down on CR7.

“It’s clearly a goal, but Ronaldo can’t throw the armband on the ground like that,” Meira said.

“Cristiano’s reaction is natural, but it’s not acceptable from the national team captain. You can’t throw the armband on the ground and head into the dressing room while the game is still going on,” he added.
Also on rt.com ‘It was because he didn’t score’: Football legend Cristiano Ronaldo angrily throws shirt for ballboy, ‘punches walls’ despite win
“It’s not acceptable behavior for a player of his stature. I understand his frustration and I agree with him because his goal should have counted, but the referees need to make a decision without VAR and he has to set an example. The example he set last night wasn’t good enough,” Meira concluded, in a furor that ended up involving the superstar’s sister.