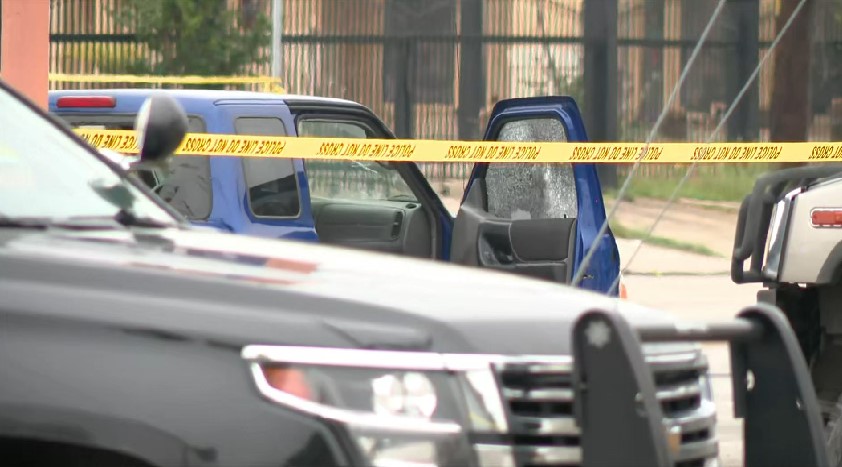 SAN ANTONIO (KXAN) — Police in San Antonio said a traffic stop turned into an exchange of gunfire that killed two people and injured an officer on the city’s west side.

During a news conference Friday afternoon, Police Chief William McManus said he reviewed the officer’s body camera footage. McManus said the video showed the officer pull over a truck for a reason not yet known and begin a “casual conversation” with the three people inside.

After about two minutes, McManus said the video showed the driver pull out a gun and begin firing at the officer, who was struck in the hand. The police chief said the officer retreated and returned fire, shooting and killing the driver and the front seat passenger. A woman in the truck’s backseat was also hit in the torso and taken to the hospital.

Reporters on the scene said witnesses heard multiple gunshots, but the police chief could not confirm how many at this time. The shooting happened in an area off Pinn Road near Westfield.

McManus said the officer involved has been with the department for five years. He said he would be visiting that officer in the hospital shortly. Police have not identified the officer or the two people killed yet.

Police urged drivers to avoid the area because the road would remain closed for a few more hours, as the investigation into the shooting begins.

This is the second shooting involving police in as many days in San Antonio. Police shot and killed a man who they say opened fire at the San Antonio airport Thursday, causing a precautionary lockdown there. They believe he was the same person who fired shots off Highway 281 and Loop 1604 earlier that day.

This is a developing story and will be updated as more information becomes available.