Liverpool star Thiago Alcantara struggling to fit into jigsaw despite... 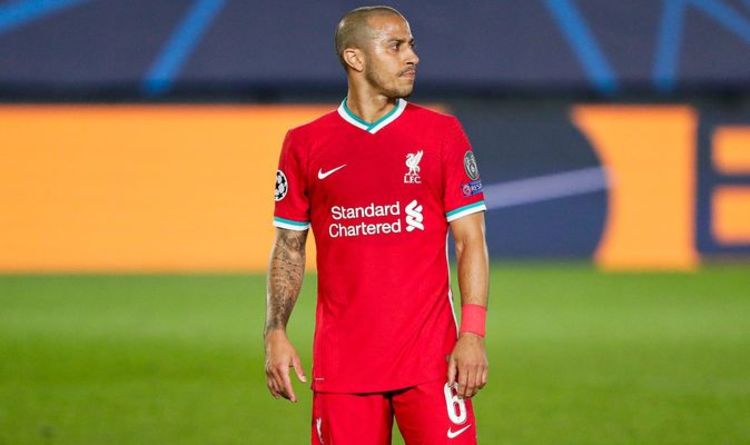 For the most important game of the club’s season on Wednesday night – the type of game he was signed from Bayern Munich for last summer – he spent the first hour in a mask on the bench watching a 35-year-old run around in his place.
It said a lot about how Jurgen Klopp has come to view the Spain international that, a week after Naby Keita was preferred for the first leg against Real Madrid, James Milner got the midfield gig ahead of him for the return.

Thirty-five-year-olds can have their uses as midfield players – Luca Modric was a wonderfully calming influence for Real and, actually, Milner gave a strong lead for Liverpool before Thiago eventually replaced him but Klopp’s lack of faith in his £20m signing as his side exited the Champions League was glaring.

In 23 appearances since his switch to Anfield the player trumpeted as Liverpool’s missing link, the man who could give the stormtroopers the subtlety to unlock massed defences, has not contributed a single goal or assist. None.

A midfield metronome setting the tempo and recycling possession does not always lend itself to stratospheric stats but at Bayern Munich, in the five seasons before his transfer, Thiago averaged five goals and six assists a season.

The absence of any telling creative contribution since his move is jarring.

It isn’t as if he makes up for it with his defensive contribution. Five bookings this season mark him out as something of a liability.

Perhaps if Thiago had walked into the club he expected to – the all-powerful one which mopped up the Champions League then the Premier League in successive seasons with their blitzkrieg football – it would have been easier.

Instead, with Liverpool a scatty imitation of their title-winning selves this season, he has found himself trying to assimilate with shifting sands all around him.

Virgil van Dijk has of course been a key miss, Jordan Henderson as well and far too many fit players have been inconsistent and well below their best across the season.

But included front and centre in that group has been Thiago.

His bedding-in period was not helped by contracting Covid-19 when he arrived and then being sidelined for two-and-a-half months by a knee injury.