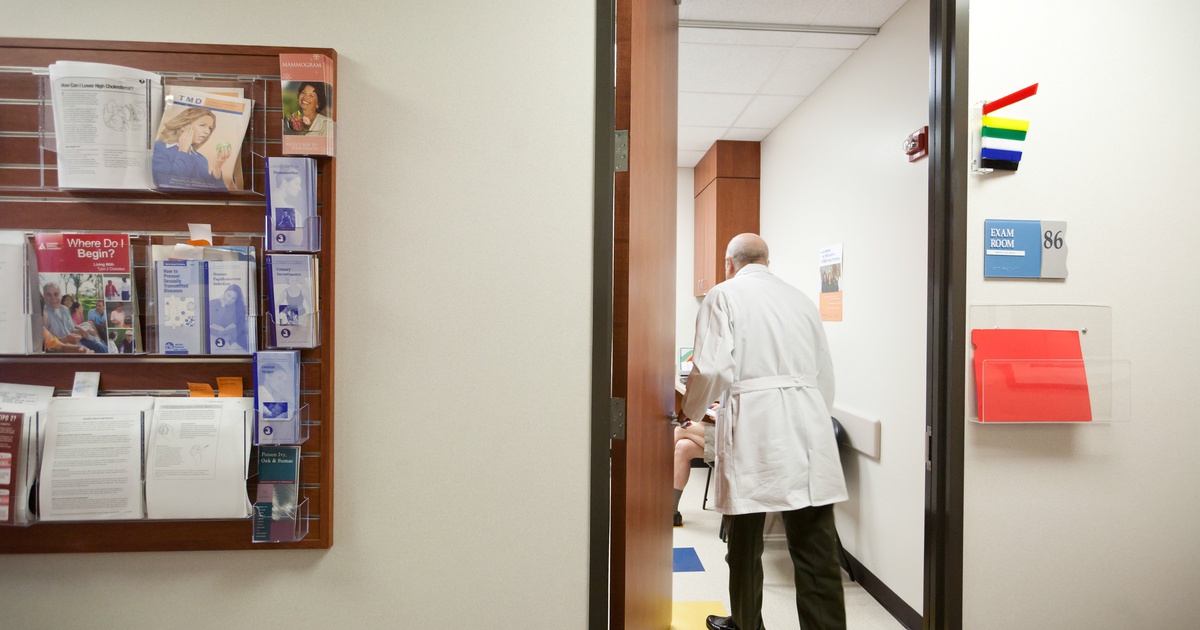 The Biden administration on Friday rescinded changes to a federal funding agreement, known as a 1115 waiver, that would have extended for 10 years Texas’ health care safety net for uninsured residents — teeing up a new round of negotiations before the existing waiver expires in 2022.

The Centers for Medicare and Medicaid Services said in a statement that it erred in exempting the state from the normal public notice process before granting an extension to the waiver in the waning days of the Trump administration.

The agency “has rescinded the extension approval, which corrects this oversight with as little impact as possible to the people of Texas, since the original demonstration remains intact through September 30, 2022,” it said in a statement.

The Washington Post, citing two federal health officials, said the decision was a bid to push Texas toward expanding Medicaid to cover more low-income adults, a move the state and eleven others have resisted.

The 1115 waiver reimburses hospitals for the “uncompensated care” they provide to patients without health insurance and pays for innovative health care projects that serve low-income Texans, often for mental health services. The extension — worth billions of dollars a year — would have continued hospital reimbursements until September 2030, but allowed the innovation fund to expire this year.

The earlier waiver is still in effect, and federal authorities “stand ready to work with the state” if it wishes to extend it beyond next year, according to a Friday letter from the Centers for Medicare and Medicaid Services.

The state’s rationale to get out of the normal public notice process was that health care providers needed financial stability during the coronavirus pandemic, the letter said. But the state’s request did not “meaningfully explain why the extension request addressed the COVID-19 public health emergency or any other sudden emergency threat to human lives,” it said, in part.

The state’s first 1115 waiver was approved in 2011. It was meant to be a bridge to Medicaid expansion under the newly passed Affordable Care Act, but a subsequent U.S. Supreme Court ruling gutted the Medicaid expansion part of the sweeping federal health law. Republican leadership in Texas — which has the nation’s highest rate of uninsured residents — has stood fast against expanding Medicaid, sometimes characterizing it as building on a broken system.

“The State of Texas spent months negotiating this agreement with the federal government to ensure vital funds for hospitals, nursing homes, and mental health resources for Texans who are uninsured,” Gov. Greg Abbott said in a statement.

Attorney General Ken Paxton said he would “use every legal tool available to regain the assistance Texans need.”

“The waiver extension would have helped the state to seamlessly continue support for much-needed health care improvements and would have continued stable funding for hospitals that serve large numbers of uninsured patients,” he said.

And the president of the nonprofit Texas Essential Healthcare Partnerships said the loss of funding would “create a cascading disaster as hospitals failed and Texans had no or limited access to hospital services.”

The announcement comes as some health care advocates and state lawmakers are pushing to broaden Medicaid coverage, though bills to do so have so far failed to pass either chamber.

State Sen. Nathan Johnson, D-Dallas, said the 10-year waiver extension approved in January had taken some pressure off lawmakers to expand Medicaid, but the Friday letter puts it back on.

The “decision is being portrayed as a strike against vulnerable Texans, but it is not at all, it doesn’t terminate funding for anything,” he said. “It tells Texas to resubmit its application and this time, follow the rules. And while we’re at it, why don’t we do what we’re supposed to do, which is expand Medicaid.”

Patrick Bresette, head of the Children’s Defense Fund, said that “the waiver was always intended to serve as a temporary bridge until the state implemented a coverage option — with federal Medicaid expansion funds — for low-wage workers whose jobs don’t provide health insurance.”

Disclosure: The Texas Hospital Association has been a financial supporter of The Texas Tribune, a nonprofit, nonpartisan news organization that is funded in part by donations from members, foundations and corporate sponsors. Financial supporters play no role in the Tribune’s journalism. Find a complete list of them here.