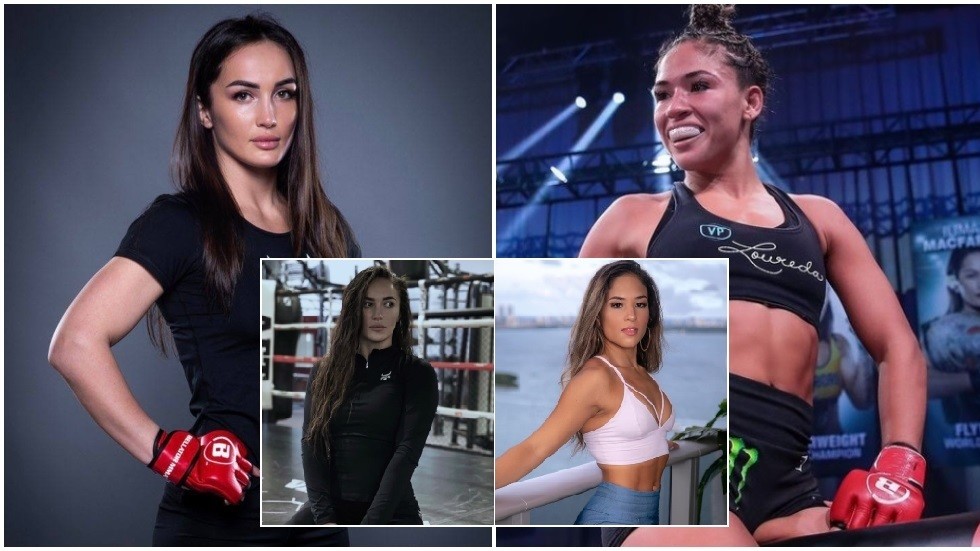 They have already shared a common a victim inside the cage, and Russian MMA starlet Diana Avsaragova believes it won’t be too long before she faces off against fellow fan favorite Valerie Loureda.

Avsaragova announced herself in the Bellator ranks in spectacular style earlier this month, needing less than 30 seconds to obliterate American opponent Tara Graff in their flyweight bout in Connecticut.

The stunning KO victory improved the North Ossetia native to 3-0 in professional MMA, as Avsaragova began life with a bang among the bigger fish swimming in the Bellator pool.

The Russian’s victory over Graff was even more spectacular – and far more rapid – than the KO earned by fellow budding Bellator star Valerie Loureda against the same opponent last August.

In Loureda’s case, the Miami star needed until the very end of the second round of her contest with Graff before she stripped her rival of her senses.

That capped a rivalry which had been stoked by claims from Graff that Loureda was “trashy” because of her steady stream of scantily clad content on social media.

While Avsaragova’s own Instagram output is somewhat more reserved than that of Loureda, the Russian has nonetheless turned plenty of heads as she makes her way in the world of MMA.

With Avsaragova and Loureda both aged 22 and seemingly going places with Bellator – and not to mention both occupying the 125lbs fold – attention has naturally turned to whether the duo are destined to meet inside the cage for an eye-catching match-up.

For her part, ‘Pantera’ seems to feel it is inevitable their paths will cross at some point.

“Why is everyone always assigning her to me?” Avsaragova replied with a laugh when asked about Loureda in an interview with Russian outlet Sport Express.

“There are champions there, there are girls with a better level.

“Of course I’ve considered her [as an opponent]. Because I’m more than sure we’ll be brought together soon.”

When asked exactly how soon that might be, Avsaragova said fans might have to wait until each of the pair get at least one more fight out of the way first.

Loureda is already booked to meet Hannah Guy at Bellator 258 on May 7, as the taekwondo queen bids to extend her unbeaten start to life in professional MMA to 4-0.

“I don’t think it will be my next fight, because they told me she’s fighting in the summer,” Avsaragova said.

“After that she won’t be ready to fight right away, she needs to prepare. And I’ll have to fight before that time. I’m not going to wait so long for her.”

When jokingly asked who would win a beauty contest between the pair, Avsaragova modestly picked Loureda – but said without hesitation that if fighting skills were the sole criteria, she would back herself.

Avsaragova has penned a six-fight deal with Bellator, while Loureda revealed after her win over Graff last August that she had inked a multi-year, multi-fight deal with the promotion.

Fans will no doubt be impatient to see the two clash inside the cage, but both bright young things have time on their side for their paths to cross.

If it happens – or rather ‘when’, Avsaragova seems sure it will – there will be plenty to look forward to.
Also on rt.com ‘She got game’: Russian MMA stunner Diana Avsaragova FLATLINES opponent with brutal punches in Bellator bow (VIDEO)