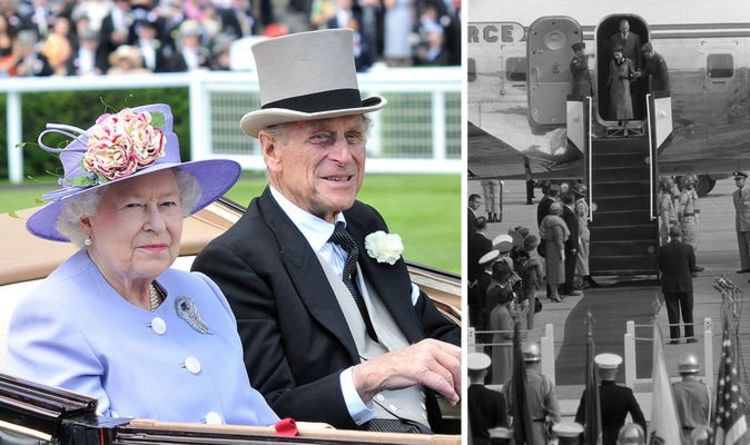 “The pace was relentless,” said royal author Robert Hardman in his 2018 book Queen of the World. “

During a fifteen-hour visit to New York, the Queen managed to address the United Nations, attend a mayoral lunch for 1,500, an English Speaking Union dinner for 4,500 and a separate Commonwealth ball for 4,500,” Hardman said.

In Washington DC, one million people came out to welcome her and a state banquet was laid on at the White House by President Eisenhower and his wife.

Not all the royal couple’s activities on the visit were so luxurious and large-scale, however.