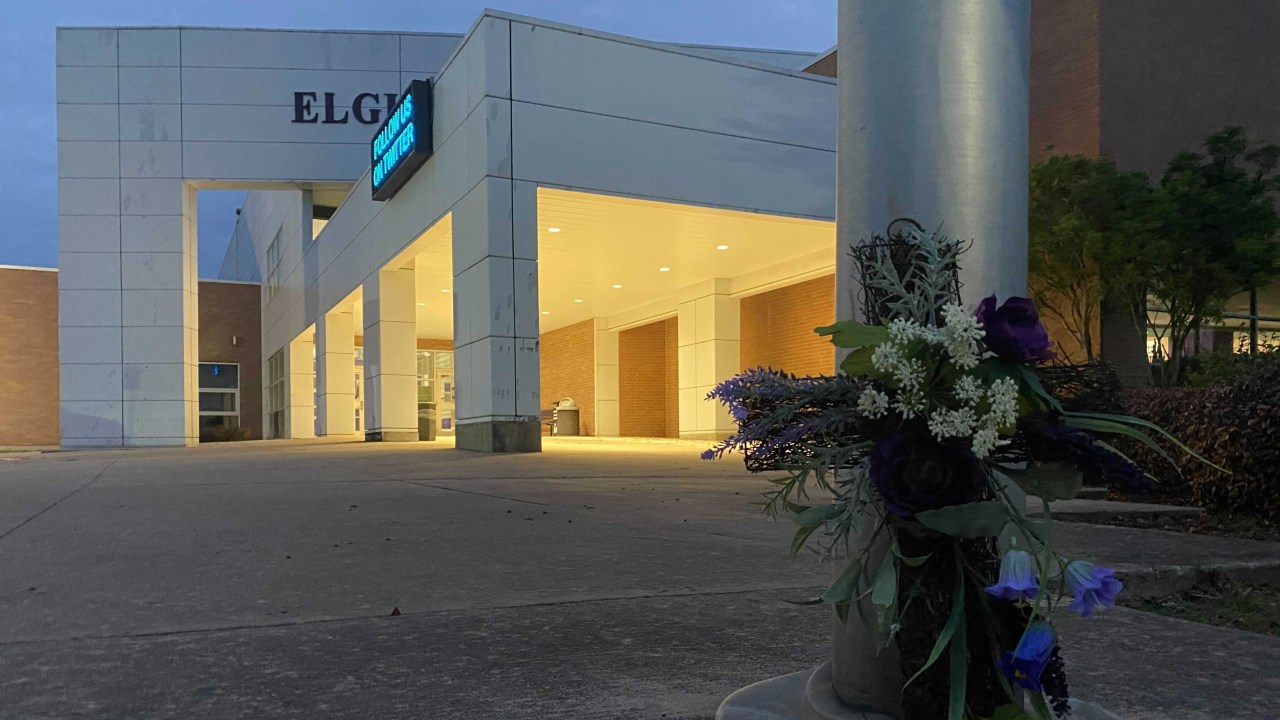 1 current, 1 former student were among those killed
ELGIN, Texas (KXAN) — In a statement early Monday morning, the Elgin Independent School District identified two of the victims in a northwest Austin shooting Sunday.

Elgin ISD Superintendent Dr. Jodi Duron said Alyssa Broderick and Willie Simmons III were killed Sunday and both were active in the district, both academically and athletically.

Duron said Broderick left the district in the fall, but was a student from 2009 to 2020.

“She was an excellent student and athlete, enrolled in our Early College High School program and played on our girls’ basketball team,” Duron said.

Simmons III was a captain of the high school football team and signed to play college football at the University of North Texas.

“He was an exceptional young man and leader among his peers,” Duron said. Simmons III was a National Honor Society member and he “represented the very best of Elgin ISD.”

Everything we know about manhunt suspect Stephen Nicholas Broderick

Grief counselors and other professionals are available for students, staff and family members to help them cope with the tragedy, Duron said.

Law enforcement has not confirmed the identity of the victims. While the suspect and one of the victims have the same last name, it’s still unclear if they are related.

Broderick was taken into custody by Travis County Sheriff’s Office deputies and Manor Police around 7:30 a.m Monday. Authorities said Broderick had a pistol tucked in the waistband of his pants when he was arrested but was compliant. He was found walking on Old Kimbro Road outside Manor, and authorities say 911 calls tipped them off to his location.