Piers Morgan reacts to Kirstie Allsopp's plea to get him... 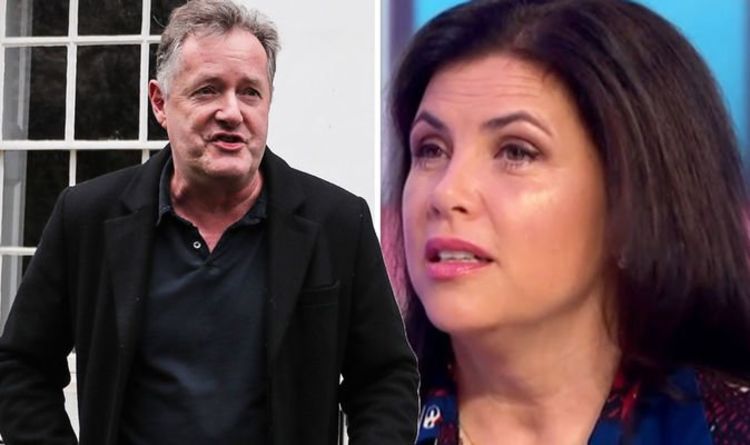 Piers Morgan exited Good Morning Britain in a dramatic fashion, after the TV anchor refused to apologise over comments he made about Meghan Markle and decided to step down from his broadcasting role. The ITV star has now reacted to Kirstie Allsopp’s plea for the presenter to return to his seat alongside Susanna Reid, despite his heated rows with the Channel 4 property host.
The Location, Location, Location presenter and the former GMB host have not always seen eye-to-eye and have become embroiled in arguments on social media.

Despite this, Kirstie, 49, last week bemoaned that journalists have not been challenging Boris Johnson’s government in the same manner as Piers.

The 56-year-old has addressed the property expert’s remarks as he admitted he was surprised by her comments amid their “feud”.

Writing in his latest column for the Daily Mail, Piers wrote: “Many people were upset that I left Good Morning Britain, while many others were delighted.

“I would certainly have parked Kirstie in the latter category after she sealed our pandemic-related feud four months ago by announcing: ‘I’ll never say anything about him again. I won’t acknowledge him.’”

The former GMB host claimed that Kirstie is missing him more than “she feels comfortable to confess”.

Earlier this month, she tweeted: “Still pleading for reporters to find their mojo and question Government on the prevention of vital family visits to those in hospital.”

A fan then responded to her writing: “We need @piersmorgan back in the game…”

Back in January, Kirstie voiced her opinion on Covid, which Piers branded “cretinous”.

He tweeted at the time: “Of all the people I least want to hear from when it comes to expert advice on coronavirus, TV estate agent Kirstie Allsopp and her cretinous trampoline analogies are top of the list.”

Piers left his role as co-presenter on GMB after his comments about the Duchess of Sussex sparked 57,000 complaints to broadcasting regulatory body Ofcom.

The columnist claimed he didn’t believe Meghan’s allegations about her mental health during her explosive interview with Oprah Winfrey.

Allsopp&#039s, back, despite, Kirstie, Morgan, Piers, plea, reacts, rows, their