Billie Eilish Snuggles Up To Matthew Tyler Vorce On A... 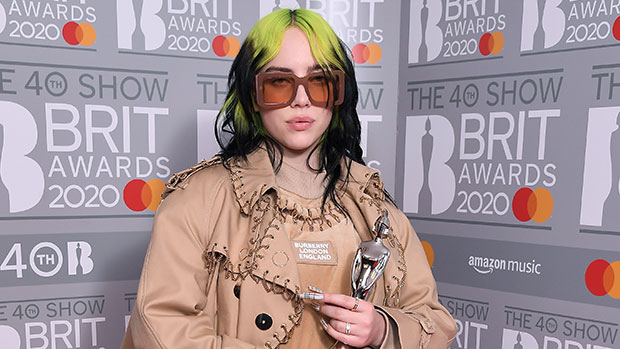 Billie Eilish was photographed resting her head on Matthew Tyler Vorce’s shoulder while they went on a walk together.

A new romance may be brewing for Billie Eilish! The singer sparked dating rumors with Matthew Tyler Vorce, an actor, when they were spotted out and about together on April 18. In photos from the outing, WHICH YOU CAN SEE HERE, Billie walked her dog while strolling alongside the actor. At another point, she even rested her head on his shoulder, and he wrapped an arm around her to hold her close.

Billie and Matthew stopped at a shop to grab drinks while out and about. Billie kept it casual in a pair of bike shorts and a black sweatshirt, with her new, platinum blonde hair on full display. Meanwhile, Matthew wore jeans, a crew neck sweatshirt and a baseball cap. HollywoodLife has reached out to a rep for Billie regarding the status of this relationship.

Throughout her recent years in the spotlight, Billie has been very private about her personal life. However, in her 2021 Apple TV+ documentary, she debuted her ex-boyfriend, 7:AMP, who she referred to as ‘Q’. The two broke up in 2019, but he was a big part of her life during the time when she filmed the doc.

“I just wasn’t happy,” Billie admitted in the footage. “I didn’t want the same things he wanted and I don’t think that’s fair for him. I don’t think you should be in a relationship super excited about things that the other person couldn’t care less about. There was jut a lack of….um, effort I think?” She also admitted that Q’s lack of “love for himself” played a part in things unraveling. “I don’t want to fix him,” she explained. “I can’t fix him. I tried.”

After Billie and Q’s relationship went public, there was criticism due to the pair’s five-year age gap, and the fact that Billie was quite young when she dated the rapper. Billie’s fans gave Q major backlash on social media, but she urged them not to take it too far. “Remember to be nice to people no matter what!” she wrote on Instagram. “I love you guys, thank you for protecting me, but be nice!”