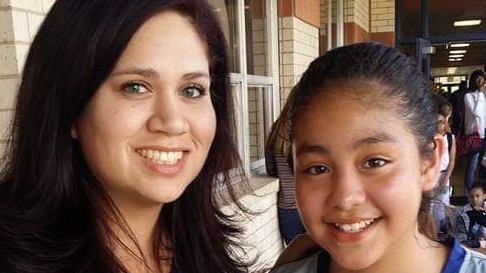 AUSTIN (KXAN) — The suspect in Sunday’s deadly northwest Austin shooting had a history of sexual assault and family violence.

On Monday, Stephen Nicholas Broderick, 41, was arrested roughly 20 hours after the shooting that ended in three deaths, but it’s not his first time in custody.

According to Stephen and Amanda’s divorce filings, Amanda requested sole custody of their two children (Alyssa and the couple’s nine-year-old son) due to Stephen having a “history or pattern of committing sexual abuse” on a person under age 18. Additionally, Amanda requested all visits with his kids should be supervised and that he not consume alcohol for at least 12 hours before.

‘Heartbroken’: What we know about the 3 victims of the Austin shooting

Amanda was granted a protective order for her and her children last June.

On the day of the shooting, Austin police said Stephen and Amanda were meeting for a scheduled visit with their son, when he then reportedly opened fire on all the adults in the vehicle.

The shocking nature of Broderick’s past charges coupled with the recent shootings now highlight the possible volatility many family members of those accused may face in their homes.

KXAN’s Tom Miller spoke to Julia Spann, Co-CEO of the Stop Abuse for Everyone Alliance, or SAFE, about the recent events and about how Broderick’s role as a former officer may have impacted the family dynamic.

“Whenever there’s power and fear involved, it makes it much more difficult for victims to leave dangerous relationships,” said Spann. “There’s so many factors that make leaving really, really difficult, but certainly a power imbalance — and perhaps easy access to weapons — all of those things that might have been threats can certainly become realities.”

“Leaving for good” can be especially dangerous, Spann said. “What we know from years and years of experience is that the act of finally terminating the relationship is a very dangerous time.”

Calls for help are on the rise

Last month, SAFE Alliance reported it received 21,964 calls for help between March 2020 and February 2021 — the most the alliance has received in a single year and a 14% increase over 2019’s numbers.

White said while several factors are likely contributing to this increase, a notable and obvious one that stands out is the COVID-19 pandemic.

“There’s no question that for a number of folks, that it was related to COVID,” she said. “… in the very beginning, we recognized that this was going to be like a perfect storm for all things associated with violence and abuse in the home.”

White explained many victims of abuse may have suddenly found escaping to a friend or family’s home no longer an option.

For however long the pandemic lasts, White said there are still many ways you can support survivors of violence and abuse.