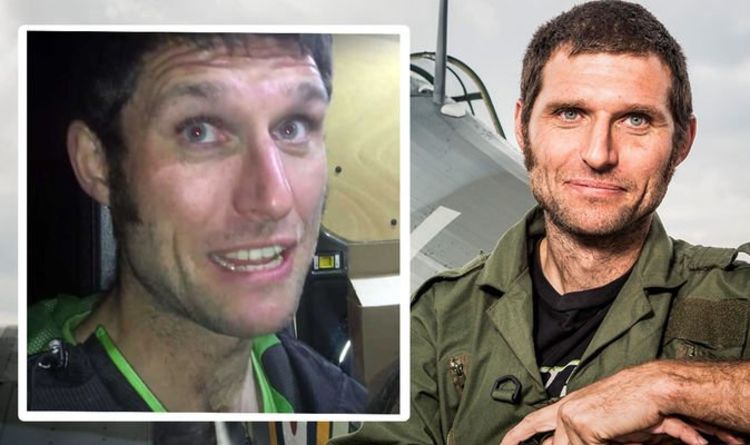 Guy Martin, 39, believes the bosses of his latest series Battle of Britain, hoped he would “throw up” during his “tough” training to become a fighter pilot. The Channel 4 show, which began on Sunday night, sees the presenter take on one of his toughest challenges yet, with a near disaster upon take-off.
In a new interview, the motorcyclist admitted the experience was like nothing he’s ever done before in his career, pointing out the distinct differences between transport on the ground and the air.

“On motorbikes and in cars, I’ve been used to going left and right and back and forward. Simple. But in an aeroplane, you’ve got all that plus you go up and bloody down, which was weird for me.

“The slightest touch on the controls and it moves and dips all over the shop.”

And he thinks that the series bosses knew he may have a slight issue above the clouds.

“When we were looping the loop and doing evasive manoeuvres, you have to withstand incredible G-forces,” Guy explained.

“I ended up pulling 5G, which really makes you feel sick. The production team put a sick bag in the cockpit because I think they were hoping I’d throw up on camera!”

But that just made him more determined to pull it off perfectly.

But the fact he had an instructor with him throughout reassured him that he “wasn’t going to die”, despite being “b****y tough.”

The final episode of Battle of Britain airs Sunday at 9pm on Channel 4.