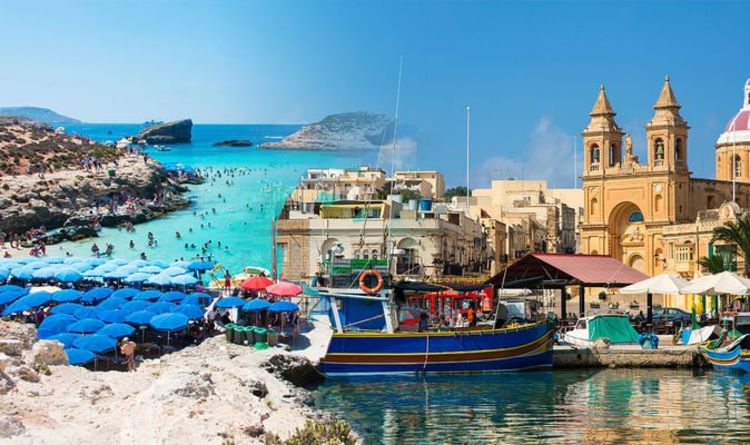 Malta saw a boost in summer 2020 thanks to its place, for some time, on the UK’s “green travel corridor” list. Though it is not clear whether or not the nation will be on the “green list” under the UK Government’s “traffic light system”, its tourism authority has already outlined plans to encourage visitors to return.
The money is to be spent on accommodation, food and hotel services.

The tourism body is set to spend €3.5million (£3million) on the scheme and hopes it will attract around 35,000 visitors to Malta.

However, the scheme will not be applicable to those who book package holidays.

Malta has already said it plans to reopen its borders to UK arrivals who have been fully vaccinated from June 1.

In March, director for the UK and Ireland at Malta Tourism Authority, Tolene Van Der Merwe, said: “Malta is a very popular destination for British holidaymakers and is a key contributor to Malta’s economy, so we are excited to welcome back fully vaccinated travellers from the United Kingdom from 1 June.

“The people of Malta are looking forward to tourists returning who have loved our sunshine, culture, food and warm spirit year in, year out.”

While the UK Government has not yet announced which countries will be on the “green list” for travel, there are hopes Malta could make the cut.

Head of The Points Guy UK Nicky Kelvin included the country in his prediction for May 17.

“Looking at the UK’s current travel ban list, it looks likely that much of Southern Africa will remain on the ‘red list’ but nations like Egypt and Morocco could appear on the potential green list,” the travel expert said.

“It is also likely that we will see a number of Central American and Caribbean countries on the green list, including Barbados, Mexico and Grenada, given low infection rates and good vaccination programmes in the region.

“While the government still advises against booking summer holidays abroad just yet, these are just our guesses for which countries may appear on the lowest-risk green list.”

The Government is set to announce more on international travel in the coming weeks ahead of the predicted May 17 restart date.

Though travellers jetting off to green list countries will not be required to self-isolate, they will have to undergo a series of pre- and post-departure tests.