Samsung's new budget phone has premium features at a price... 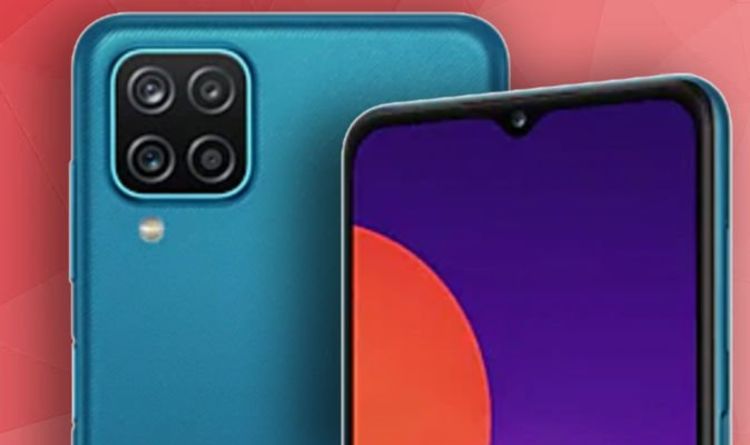 Samsung is bringing a new Galaxy smartphone to the UK this month, and it will launch with a price tag that’s pretty hard to believe considering how much tech is packed into this device. The all-new Galaxy M12 actually went on sale earlier this year in India and now it seems Samsung is ready to unleash this handset to its Galaxy fans in the UK.
For just £159, you’ll get a smartphone that includes a 6.5-inch Infinity-V Display with a 90Hz high refresh rate panel for silky smooth scrolling and fast-paced gaming – that’s only slightly slower than the 120Hz screen found on the Galaxy S21, which starts from £769. In fact, the iPhone 12 Pro, which starts at £999, only packs a 60Hz refresh rate!

A 21:9 cinema-style aspect ratio for the Galaxy M12 ensures movies fill the whole display with no black bars. Dolby Atmos support should help to add some extra realism to the audio. And that elongated 21:9 screen also makes it perfect for running two apps simultaneously, stacked on top of one another – so you can continue streaming from YouTube while you type an email, for example.

Another premium feature coming to this budget phone is a quadruple rear camera, which includes a main 48MP snapper along with an ultra-wide option for landscape shots and a macro lens for those extreme close-ups.
Advertisements

Tucked under the body is a gigantic 5,000mAh battery which should easily keep this device powered all day and long into the night. When things so run low, Samsung has included Adaptive Fast Charging which refills the battery in a flash.

You’ll also find a side-mounted fingerprint scanner, an octa-core processor and 64GB of storage, which can be boosted up to 1TB with a MicroSD card.

Speaking about the new M12 Conor Pierce, Corporate Vice-President of Samsung UK & Ireland, said: “Since its launch in 2019, the Samsung Galaxy M series has been designed to keep customers’ needs at the core. The newest addition to this series, Samsung Galaxy M12, is packed with exceptional features, including the incredible 5,000mAh battery coupled with adaptive fast charging technology to deliver extended battery life. The Samsung Galaxy M12 will truly set the benchmark for a powerful experience in this price bracket”.

Samsung says the new M12 will be available in Black, Light Blue and Green from April 30. Anyone wanting one will be able to buy it for £159 from Amazon.co.uk and Samsung.com.