ANALYSIS: The Stephen Broderick arrest video — how do police... 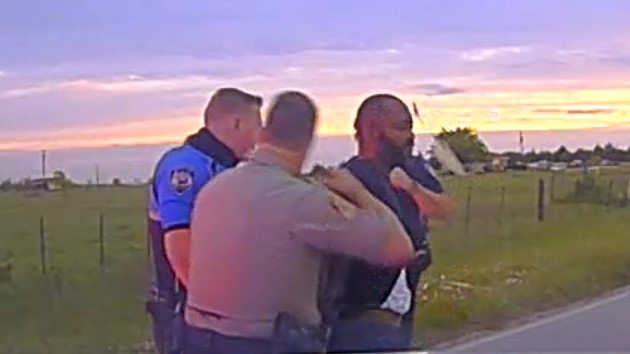 He was found walking along the road in between Manor and Elgin. There was no struggle when arrested, but he did have a loaded pistol on his waistband, that officers confiscated.

If you take a look at the video, you notice there’s a brief moment when Broderick’s right hand, which appears to be directly next to the pistol, is free — while officers work to handcuff him.

Reporter Jala Washington sat down with Dr. Howard Williams, a Lecturer with Texas State University’s School of Criminal Justice and Criminology Department. Williams also worked for the Austin Police Department for 25 years, and was the Chief of Police in San Marcos for 11 years.

This story will be updated after KXAN News at 6 p.m., with his take on both arrests.