'How on earth?' Princes criticised as Kate tackles cobblestones in... 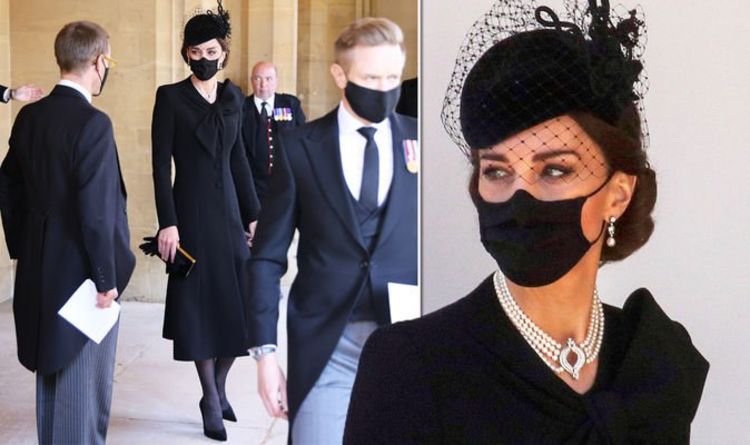 The Duchess of Cambridge looked beautiful in a £1,605 Roland Mouret dress with a stunning asymmetrical neckline. She wore over it a black Catherine Walker coat.
Commenting on Kate’s penchant for high shoes, one wrote: “But one thing about Kate is that she loves heels, remember she rocked them at a royal engagement while pregnant with Prince Louis…”

“Kate needs to drop the tutorial on how she walks on them heels on cobblestones,” one said.

However, others pointed out the fact Kate was walking on cobblestones alongside Harry and William, who trod on the easier to manage path.

One said: “Kate walking in heels on cobblestone while the other two on concrete.”

They feature diamond studs with pearls hanging from chains covered in diamonds.

Fans swooned over images of Kate at the funeral.

The royal was snapped looking directly at the camera as she sat in the back of one of the funeral cars.

Fans have gone mad over the stunning picture, with one social media user saying that she was “born to be a Queen”.