Reactions pour in after Derek Chauvin guilty verdict in George... 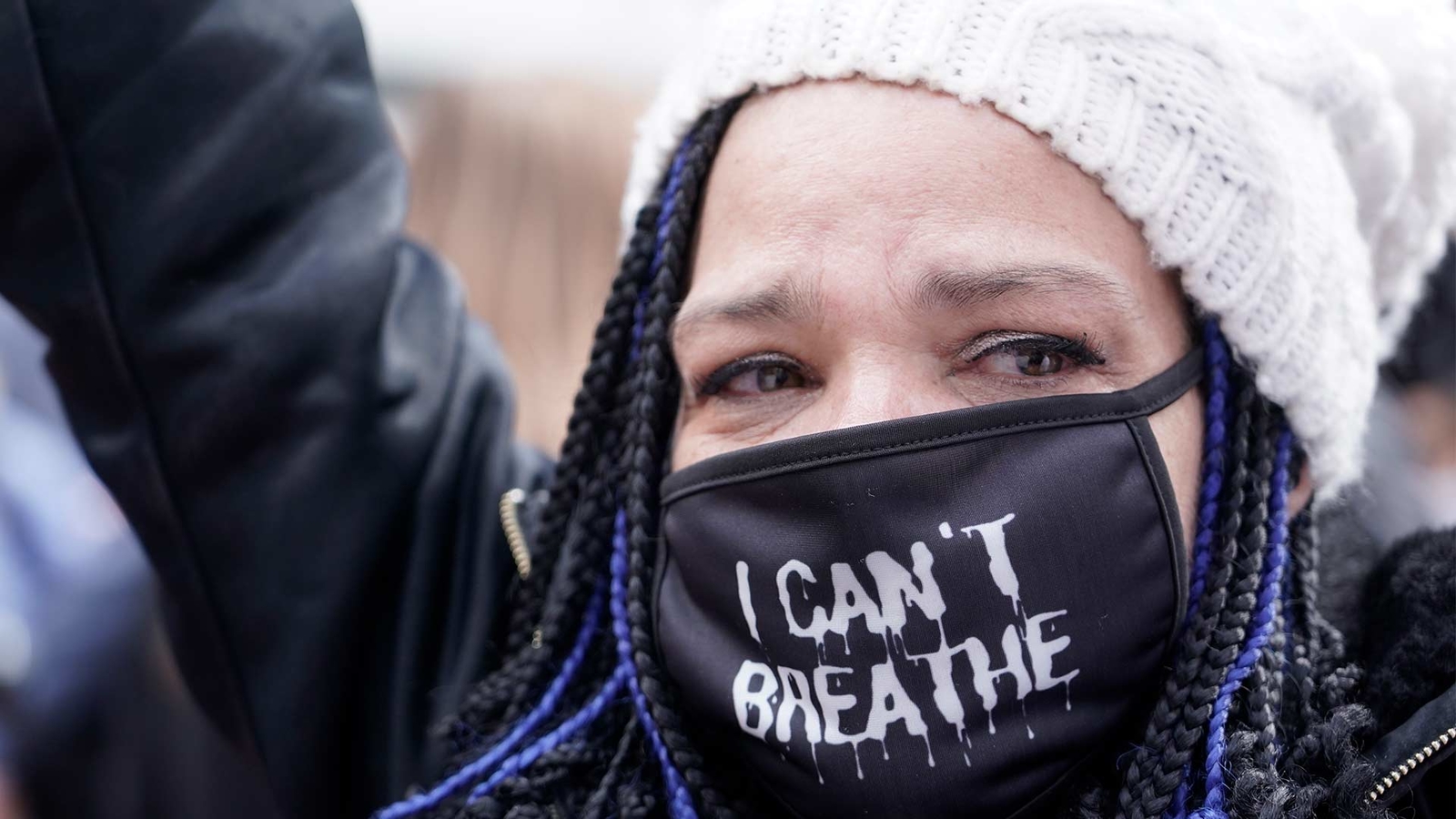 MINNEAPOLIS — As the guilty verdict was read during the Derek Chauvin trial in the death of George Floyd, the world reacted on social media and in the streets.The former Minneapolis officer was convicted of murder and manslaughter for pinning Floyd to the pavement with his knee on the Black man’s neck in a case that touched off worldwide protests, violence and a furious reexamination of racism and policing in the U.S.

Chauvin, 45, could be sent to prison for decades.Hundreds flooded the streets in downtown Minneapolis, with cars blaring horns and people running through traffic, waving banners.

Meanwhile in the courtroom, Chauvin had little reaction as his face was obscured by a COVID-19 mask.

Floyd family members gathered at a Minneapolis conference room could be heard cheering from the next room as each verdict was read.

Before the guilty verdicts were read out, President Joe Biden said he was praying for “the right verdict” in the trial of former Minneapolis Police Officer Derek Chauvin.

Members of the Congressional Black Caucus were huddled in a room inside the Capitol as all three verdicts were read in the case against Chauvin.

Clasping hands, huddling, and shushing one another as each verdict is read – the moment was quite heavy and incredibly powerful.

“The View” co-host Sunny Hostin became extremely emotional during an interview on ABC News, saying she is “so relieved that this is what justice finally looks like for my community.”

On social media, an outpouring of reactions from political to entertainment figures shared their thoughts on the guilty verdict.

Today, a jury did the right thing. But true justice requires much more. Michelle and I send our prayers to the Floyd family, and we stand with all those who are committed to guaranteeing every American the full measure of justice that George and so many others have been denied. pic.twitter.com/mihZQHqACV
— Barack Obama (@BarackObama) April 20, 2021

President Biden and VP Harris call the Floyd family after the GUILTY verdict! Thank you @POTUS & @VP for your support! We hope that we can count on you for the police reform we NEED in America! ✊🏾 pic.twitter.com/cg4V2D5tlI
— Ben Crump (@AttorneyCrump) April 20, 2021

I was appalled by the death of George Floyd and welcome this verdict.

However, a guilty verdict doesn’t mean the persistent problem of police misconduct is solved

George Floyd should be alive today. His family’s calls for justice for his murder were heard around the world. He did not die in vain. We must make sure other families don’t suffer the same racism, violence & pain, and we must enact the George Floyd #JusticeInPolicing Act. https://t.co/tWln9NRg1g
— Nancy Pelosi (@SpeakerPelosi) April 20, 2021

The jury’s verdict delivers accountability for Derek Chauvin, but not justice for George Floyd. Real justice for him and too many others can only happen when we build a nation that fundamentally respects the human dignity of every person. https://t.co/JyJFztQbDu

Praying for George Floyd’s family. He should still be alive. And we must continue working to root systemic racism out of our criminal justice system.
— Elizabeth Warren (@ewarren) April 20, 2021

That a family had to lose a son, brother and father; that a teenage girl had to film and post a murder, that millions across the country had to organize and march just for George Floyd to be seen and valued is not justice.

And this verdict is not a substitute for policy change. https://t.co/tiDkhl9Dk4
— Alexandria Ocasio-Cortez (@AOC) April 20, 2021

This verdict is just the first step in a long line of injustice against the Black community, often with no consequences. The work is not nearly done. While there are many more families waiting for justice, my heart is with George Floyd’s family right now. #PoliceReformNOW @NAACP
— Justin Timberlake (@jtimberlake) April 20, 2021

If someone put his knee on my son’s neck till he died, I’d call it murder. What happenedto George Floyd was #blueMurder
— Lucy Lawless (@RealLucyLawless) April 20, 2021

But thankfully, today, we can breathe a sigh of relief. #GeorgeFloyd
— Emmanuel Acho (@EmmanuelAcho) April 20, 2021

George Floyd’s death was a tragedy and although this conviction is a step toward accountability, it will not erase the pain felt by the Floyd family and Black Americans.
— Secretary Alejandro Mayorkas (@SecMayorkas) April 20, 2021