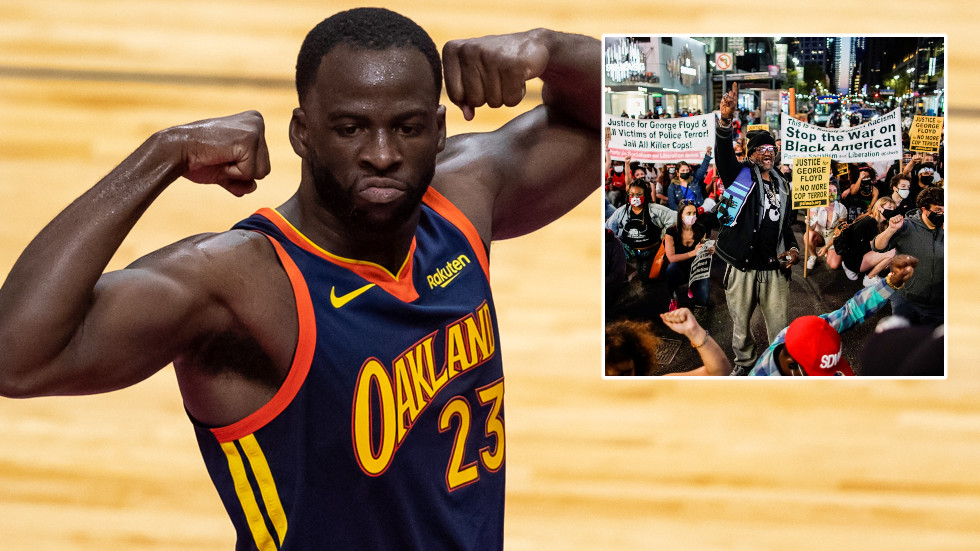 NBA star Draymond Green has said it was “really great” to see killer cop Derek Chauvin tried for the killing of George Floyd but warned that he sees a long road ahead before widespread social justice is achieved in the US.

Found guilty on all three charges of second-degree unintentional murder, third-degree murder and second-degree manslaughter in the case, Chauvin is facing up to 75 years behind bars when he is sentenced in two months.
Advertisements

Despite justice seemingly being served at the conclusion of the high-profile case, three-time NBA champion Green has warned that there is still plenty of work to be done to see African-Americans treated fairly in society.

“I think it’s great that we finally saw a cop get tried,” Green told TMZ when he was asked if Chauvin’s conviction was positive news for the US.

“The challenge to the country now is to make sure [police officers are] being held accountable.”

“I think [the way police treat ethnic minorities] is a totally different story. When you look at the way these officers treat black people, we’re not treated as human.

“We’re treated as a threat by our skin color,” Green added, claiming that the US remains “a long way away” from equality when it comes to law enforcement.

Great speech by Minnesota Attorney General Keith Ellison describing George Floyd as a father, family man, and beloved member of his community. It was beautiful and sent chills down my body! If you didn’t see it, I encourage you all to watch it.

Green’s team, the Golden State Warriors, also released a statement on the verdict, stating that it was “encouraged” by the jury in Minneapolis “moving quickly to impose accountability where it is so often missing”.

The Warriors then echoed Green’s sentiments by calling the judgement “only the beginning” in “an effort to achieve racial justice in America”.

“Today was a step in the right direction but the long journey must continue,” they concluded.

Back on the court, the Warriors shared a viral clip of Green celebrating a three-pointer from Steph Curry before it had even hit the net.

The Warriors thumped the Philadelphia 76ers 107-96 on Monday, but Curry expressed dissatisfaction with his 49-point display after missing a free throw following a poke in the eye.
Also on rt.com ‘Justice served’: Boxing legend Mike Tyson celebrates after Derek Chauvin is found guilty of murder over the death of George Floyd