Major WhatsApp update gets closer to a release but it... 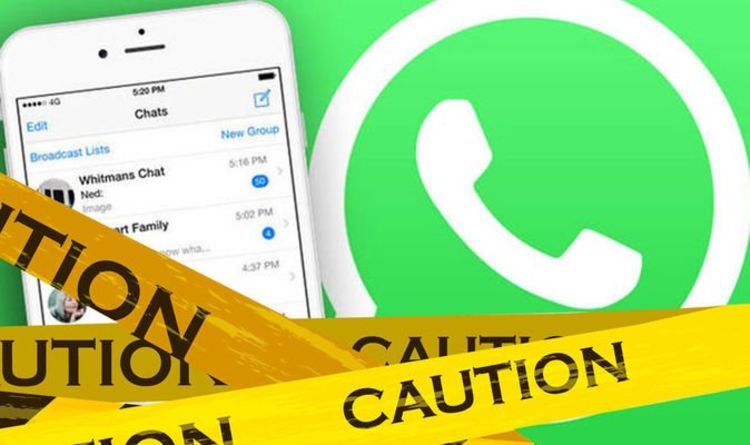 It’s been rumoured for months but it now seems WhatsApp is getting one step closer to releasing a major change to its immensely popular chat app. As spotted by the ever-reliable team at WAbetainfo, WhatsApp is now officially testing the ability to make pictures and videos self-destruct. This feature, which is very similar to what Snapchat has offered for a number of years, means the moment an image or video is opened on the recipient’s device it will then magically disappear and self-destruct as soon as it’s closed.
Screenshots have been posted online showing how it will work with WhatsApp explaining that this option allows users to send photos and videos more privately. However, WhatsApp is also warning users that, although photos and videos can only be viewed once, there’s nothing to stop the recipient from snapping a cheeky screenshot of whatever has been sent.

In a message displayed on the app, WhatsApp says: “When you turn on this setting, recipients can only open your photo or video one time before it disappears. Keep in mind, they can still take screenshots before it’s gone.”

That means anyone thinking of sending something that could embarrass them in the future might want to be wary before hitting the message button.

With the thought that an image will disappear it’s easy to see how users might be tempted to send more sensitive or explicit photos across the platform and that could be an issue if these can be stored by anyone receiving them.

Snapchat has combated this problem with users instantly sent an alert if a screenshot of their message is taken but it’s currently unclear if WhatsApp will follow with a similar safeguard.

READ MORE: Virgin Media reveals why your broadband speed is NOT as fast as it could be

According to WAbetainfo, this destructing message feature is still under development but with it now being pushed pout to beta testers it could launch sooner rather than later.

This update comes as WhatsApp fans have been issued another warning about the chat app with some users being targeted by a promise to turn the service pink.

Unfortunately, this is not a new colour option for WhatsApp users. Instead, it’s a scam designed to wrestle complete access to your smartphone from you.

With access to everything stored on your device, hackers could steal contact information for friends and family – allowing them to send them the link and continue to spread WhatsApp Pink, copy photos and videos from your device, siphon credit card information and other personal details, and much more.

WhatsApp users have highlighted the new scam to bring awareness to the ploy, which is currently being used by cyber crooks worldwide.
Advertisements

Internet security researcher Rajshekhar Rajaharia highlighted the latest scam, posting on Twitter: “Beware of WhatsApp Pink!! A Virus is being spread in WhatsApp groups with an APK download link. Don’t click any link with the name of WhatsApp Pink. Complete access to your phone will be lost.”