‘Thought I was turning a corner’ Eamonn Holmes’ health goes... 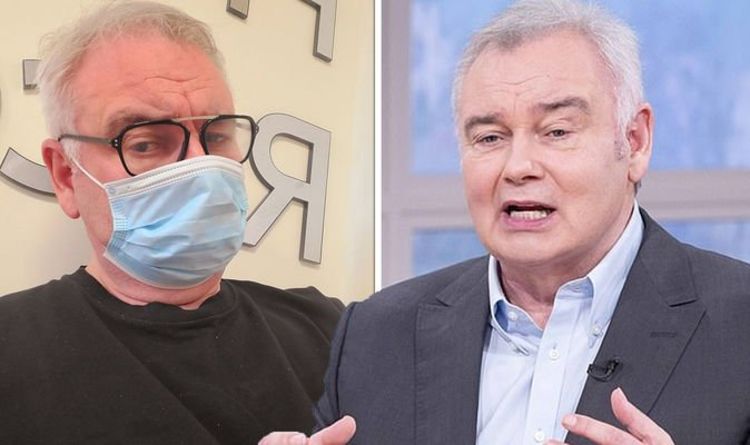 Elsewhere in his video update, Eamonn admitted his condition has left him becoming like the neighbourhood watch.

Some of the crime he’s been tuning into has included cars being stolen, dogs stolen and someone cutting down trees inexplicably.

He said: “As I sit at home I’m becoming involved in the neighbourhood watch, you would not believe what goes on where I live.

“So I live in a really nice area and basically we’ve had cars stolen last night, we’ve had dogs stolen and worst of all, you’ll not believe this, we’ve got a phantom tree feller.

“So someone for the last two weeks has been cutting trees down all around the place and they do this about 4’oclock in the morning!”