Weight on her mind: MMA pin-up Tracy Cortez ‘could have... 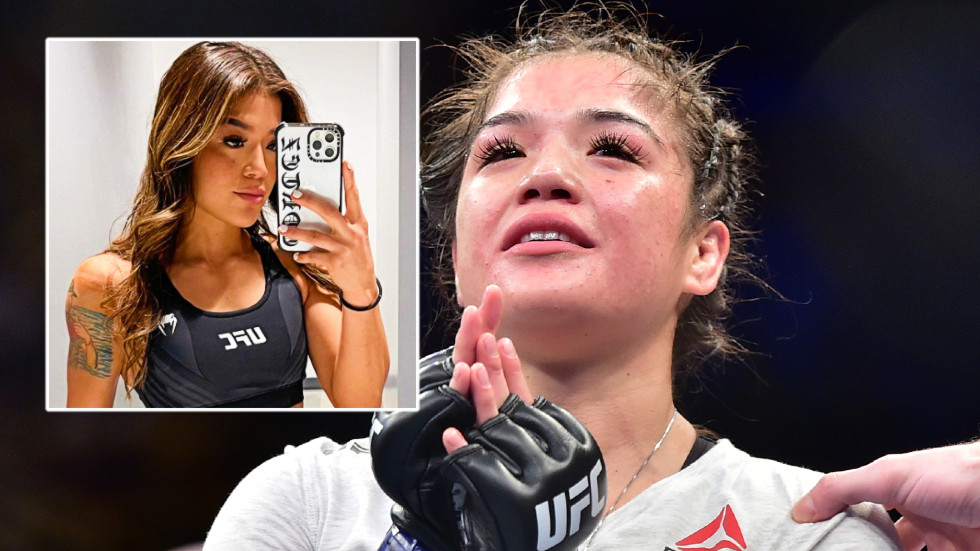 Unbeaten UFC fighter Tracy Cortez has been left to frustratedly reflect on coming in just half a pound over the limit for her latest victory, when she says doctors refused her the chance to take an hour to cut the extra weight.

Flyweight newcomer and social media sensation Cortez was narrowly over the limit ahead of her decision win over St. Petersburg-born veteran Justine Kish in Las Vegas, earning a points victory while losing 20 per cent of her purse because of the hitch.
Advertisements

Cortez thought she would have the additional time following the initial weigh-in the day before the fight, only to be denied the opportunity to continue her cut ahead of her third UFC win.

“They normally give us an hour to cut the weight, but they didn’t clear me,” Cortez said, hitting 126.5lb on the scales. “The doctor didn’t let me cut the half a pound.

“He checked me out and he wasn’t OK with me cutting the rest of the weight. I could have cut it: I could have peed it but he didn’t let me.

“I would have cut it, 100 per cent. I would not have jumped on the scale to miss weight with point five off.

“I would have never done that. I’ve never missed weight in my life and my career, so I was really frustrated.

“My coach fought them. He said, ‘If she goes to the restroom again, can we just wait?

“They said, ‘If she goes again, that’s the final weigh.’ We said, ‘can we just check one more time?'”

The 27-year-old has no intention of moving up to bantamweight. “I’ll see how I feel, how I recover,” she said, praising her team.

“I want to be active, stay in the flyweight division and make a name for myself here.”
Also on rt.com ‘He was the muscle’: Ex-UFC fighter cops huge prison term for moving $ 41MN of drugs as part of a crew caught with 410lb of cocaine