Ex-baseball star says LeBron ‘may want to move to China’... 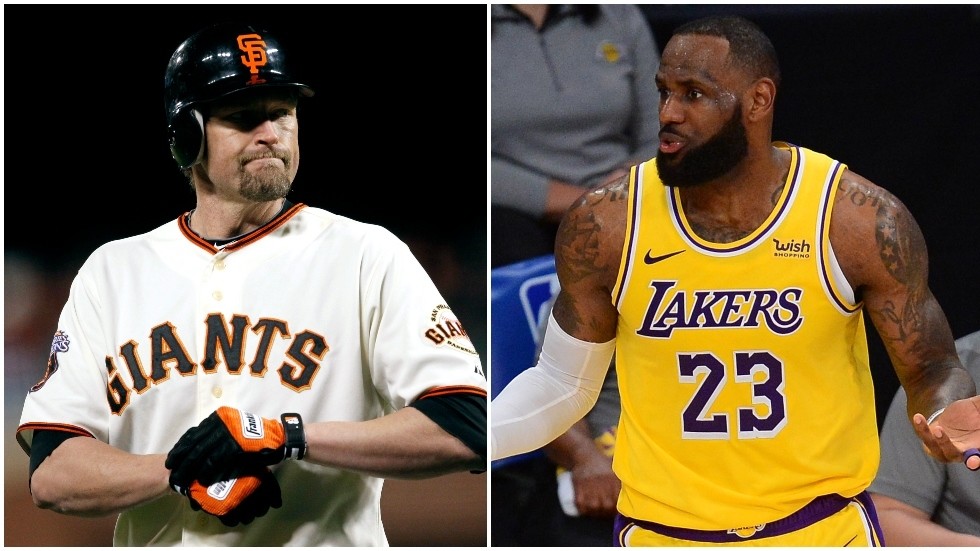 NBA legend LeBron James has been savaged online by ex-baseball player Aubrey Huff, who suggested that the LA Lakers star “may want to move to China” after his controversial tweet about a US police shooting.

The abuse comes as part of backlash to a now-deleted tweet James sent out on Wednesday night.
Advertisements

“YOU’RE NEXT #ACCOUNTABILITY,” James wrote next to an hourglass emoji, to caption a photo of Nicholas Reardon, the Columbus Police Department officer who fatally shot 16-year-old Ma’Khia Bryant while responding to a 911 call.

Video from Reardon’s body camera showed the black teen swinging a knife at a woman before he opened fire.

LeBron later wiped his incendiary tweet, attempting to explain himself by saying: “I’m so damn tired of seeing Black people killed by police. [And] I took the tweet down because it’s being used to create more hate

“This isn’t about one officer. It’s about the entire system and they always use our words to create more racism. I am so desperate for more ACCOUNTABILITY,” he concluded.
Also on rt.com LeBron James says he deleted veiled threat against officer in Bryant shooting because he doesn’t want to create ‘more hate’
But taking the original demands off the internet and offering an explanation weren’t enough to calm the angry mob, and James has even been attacked by other professional athletes for the outburst.

The now-retired Huff, a two-time World Series champion formerly of the San Francisco Giants, went on a rampage in scathing at Lebron through a barrage of tweets.

Hey @KingJames go fuck yourself for doxing a police officer for just doing his job. I’d bet if that was your son about to get stabbed you’d be singing a different tune you piece of shit!You’re a huge reason the @NBA is down 80% in viewership within the last year. 🖕🏼
— Aubrey Huff (@aubrey_huff) April 21, 2021

“Hey King James, go f*ck yourself for doxing a police officer for just doing his job,” started the first, which has been ‘liked’ by over 21,000 like-minded individuals.

“I’d bet if that was your son about to get stabbed you’d be singing a different tune you piece of sh*t!”

“You’re a huge reason the NBA is down 80% in viewership within the last year,” he claimed.

Attempting to draw attention to LeBron’s hypocrisy in employing a team of private security, Huff insisted that his legacy would become “irrelevant to most all Americans”.

“May want to move to China f*ck stick!,” he advised him.

Digs at LeBron’s intellect were also the order of the day, while Huff questioned Twitter’s creator why James’ name supposedly wasn’t trending but Brett Favre’s was instead, following the Derek Chauvin-related fallout.

Today is the day when @KingJames legacy will be irrelevant to most all Americans. May want to move to China fuck stick!

Signing off by poking fun at himself too, Huff suggested that his jersey “just may be more popular than a King James jersey at this point in time.”

“But that ain’t saying much,” he joked, dryly.