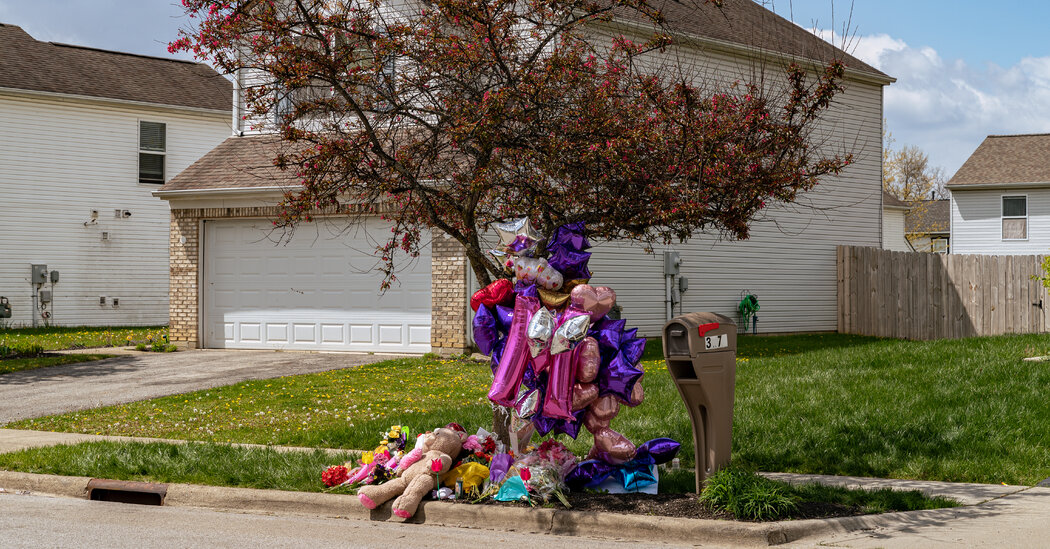 COLUMBUS, Ohio — A bullet hole in a garage near her sister’s house marks the place where Adrienne Hood’s son, who was Black, was shot and killed by police officers in Columbus in 2016.

Ms. Hood said her son’s death opened her eyes to a city and a Police Department that have been enveloped in controversy for years. The more she learns, she said, the more she feels disappointed.

Since the death of her 23-year-old son — killed after exchanging gunfire with two plainclothes police officers who, she said, did not identify themselves as officers — 26 people have been shot to death by law enforcement in Columbus, according to Mapping Gun Violence. Four of the deaths occurred in the past four months.

“It’s becoming more and more clear that there is no respect for Black bodies and Black communities,” Ms. Hood said.

Police killings in Ohio’s capital city have not attracted the same attention as higher-profile cases in places like Louisville, Ky., Minneapolis and Ferguson, Mo. But the death this week of Ma’Khia Bryant, a 16-year-old Black girl who was shot at four times by a white police officer after she lunged at someone with a knife, was only one of the several that have led to vigorous protests in Columbus over the past year.

Last week, eight days before Ms. Bryant’s death, the police shot and killed a Black man at a Columbus hospital during a struggle as officers attempted to arrest him. Body camera footage showed officers in a standoff with the man, Miles Jackson, before a shot could be heard, possibly from Mr. Jackson’s weapon, and they opened fire.

In a year that has seen protests over police shootings unfold in Columbus with regularity and intensity, the death of Mr. Jackson on April 12 unleashed a particularly furious demonstration. Protesters broke through a door at Police Headquarters, according to the Columbus Department of Public Safety, and one of them assaulted an officer with a club.

Though almost 30 percent of residents are Black, 85 percent of the police force is white. Yet slightly more than half of all use-of-force cases in 2017, the most recent year surveyed, were directed at Black residents, according to an operational review.

Columbus has boomed in recent years, its population of 898,500 now larger than that of Seattle, Denver and Boston. Wealthy tech companies have helped fuel the city’s remarkable growth, pumping up trendy bars and restaurants to support their young and well-paid employees.

But much of that growth has been on the perimeter of the city and near the bustling campus of Ohio State University. In many neighborhoods like Ms. Bryant’s, many of them east of Interstate 71, parents who grew up in the city often fear for their children’s safety every time they walk out the door — sometimes worrying about the police.

“People across the country think Columbus is a great place to live, but if you go to these other neighborhoods, they’ll tell you that they’re suffering, that they’re being terrorized,” said Sean Walton, a lawyer who has represented the families of people killed by police officers in Columbus, including Ms. Hood. “There are these two tiers, and one is thriving while the other is suffering in ways that are a matter of life and death.”

That dichotomy has played out several times over the past year. In December, Andre Hill, a Black man, was standing in his garage when two officers approached. Earlier in the evening, a neighbor had called and complained about a suspicious vehicle. When two officers pulled up to the scene, they walked toward the garage and shined their flashlights inside.

Mr. Hill turned and walked slowly toward them, but an officer, Adam Coy, opened fire within seconds, killing him.

No weapon was recovered at the scene, and Mr. Coy was fired and charged with felony murder.

Several weeks before that, about seven miles north of downtown, Casey Goodson Jr. had stopped for sandwiches for his family on the way home from the dentist. Mr. Goodson, a 23-year-old Black man, parked and walked to the house. He had just slipped his key in the door when he was shot six times.

Deputy Jason Meade of the Franklin County Sheriff’s Office said that he and other deputies had seen Mr. Goodson waving a gun at them from his car and that he had not responded to verbal commands at his front door. His family said Mr. Goodson was listening to music on his earphones and might not have heard the warnings or recognized the plainclothes officers as deputies. The coroner later confirmed that Mr. Goodson had been shot in the back.

Mr. Goodson held a concealed weapon license and a gun was recovered from the scene. The authorities have declined to say if the gun was in his hand, his pocket or his car.

Ms. Hood, whose son, Henry Green V, took on a fatherly role in the family after his parents divorced, said she saw the latest police shootings as a continuation of a disturbing legacy in her home city. She pointed to a Justice Department investigation in 1999 that found that Columbus police officers had a history of excessive force and false arrests and that the victims of more than 300 misconduct complaints examined were “frequently” Black, or else young, female or low-income white people.

More than 20 years later, Ms. Hood said, Black residents still worry about unfair treatment. Hearing about the most recent deaths, of Mr. Goodson, Mr. Hill and Ms. Bryant, she said, “has been heart-wrenching.”

In the wake of the policing protests that rocked the city last year, over George Floyd’s death in Minneapolis and other cases in Columbus, so many police misconduct complaints had been filed that the City Council designated a special prosecutor and spent more than $ 600,000 for a law firm to investigate the allegations. The former police chief, Thomas Quinlan, sometimes marched with protesters.

The police changed their policy on pepper spray and body cameras in June, saying they would no longer spray nonviolent crowds, and in September ordered that traffic vests go over riot gear so body cameras could be attached to them.

In November, a ballot initiative to create a Civilian Police Review Board passed in a landslide, 74 percent to 26 percent.

But the latest high-profile killings have soured improving relations. In January, Chief Quinlan, a 30-year veteran of the force, was demoted back to a deputy chief. “Columbus residents have lost faith in him and in the division’s ability to change on its own,” Mayor Andrew Ginther said in a statement.

The Columbus Division of Police did not respond to a request for comment, though the department was quick to release body camera footage, 911 calls and other detailed information about the officers’ fatal encounter with Ms. Bryant.

During a news conference on the case on Wednesday, Mayor Ginther said the city also faced a “bigger societal question.”

“How do we as a city and a community come together to ensure that our kids never feel the need to resort to violence as a means of solving disputes, or in order to protect themselves?” he said.

Many of them have happened in neighborhoods like Ms. Bryant’s, where residents say the spike in shootings has been met with aggression from police officers struggling to contain the violence.

At Brother’s Finest Barbershop near the North Linden neighborhood, one that has been particularly hard-hit by gun violence, suspicion of the police runs deep. The barbershop is less than a mile from where Mr. Goodson was killed last year.

One of the barbers working on Thursday, Javontae Robinson, 27, said the police have done little to build the personal relationships that were key to winning the trust of residents.

“They need better training and better education,” Mr. Robinson said. “They need to be around the Black community more, come to our block parties and barbecues and get familiar with the community.”

“Things won’t get better until they do that,” he said.