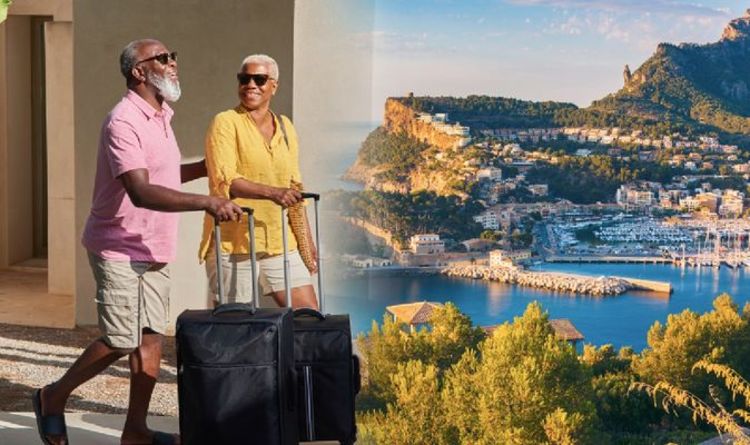 Some international travel may be resumed from May 17 under Prime Minister Boris Johnson’s roadmap out of lockdown. The green list is due to be announced on May 7, with Secretary of State for transport Grant Shapps confirming at an online ConservativeHome event he is in favour of an “islands approach” much like the travel corridors of 2020.

For nations like Spain, whose two archipelagos are popular holiday destinations, this has come as welcome news.

“We are eagerly awaiting the update on the green list and welcome the news that islands could be considered separately,” he told Express.co.uk.

“We do believe that safe travel to the Balearics can be resumed with a reliable testing programme pre-departure and prior to returning.

“Given the position, we feel that travel to the Balearic Islands should be included within the green list and permitted from 17 May onwards.

He continued: “The Balearic archipelago has all the infrastructure in place to accommodate visitors in a safe way and our vaccination programme is underway.

“At Palladium Hotel Group, we have all worked extremely hard behind the scenes to initiate reliable safety protocols to ensure that our visitors and staff are safe and can have an enjoyable holiday.

“Our head office is based in Ibiza and we have a number of properties in the Balearic Islands that are particularly popular amongst British travellers.”

Though the green list has yet to be confirmed, Spain’s tourism industry is optimistic travellers will be returning before the end of the summer.

“Our first reopening in Ibiza for summer 2021 is scheduled for 30 April with Grand Palladium Palace Ibiza Resort and Spa which will also be offering the guests COVID tests at the resort if needed,” explained Mr Gozalbo.

“We also have a new property, Palladium Hotel Menorca, scheduled to open in Menorca at the end of May.”

Should Spain, the Balearics or the Canary Islands be categorised as “green” travellers will not need to self-isolate on their return to the UK.

They will, however, be required to take pre-and post-departure COVID-19 tests.

Though the Global Travel Taskforce is set to make a decision on which nations will be categorised as “green”, the Prime Minister has so far remained tight-lipped on the issue.

“I’d love to be able to give you a clear rundown of the countries that we think will be red, amber or green,” said the PM at a press conference on Monday.

“We won’t be able to do that at this stage.

“As we have said the Global Travel Taskforce has reported but what they have said is that we are really going to need to wait until early May before we can say which countries are on the list.

“You can see some of the troubles and problems that some of our friends are currently having so I think it would be premature to speculate about that.

“I am sorry about that but we will be saying as much as possible as soon as we can before May 17.”