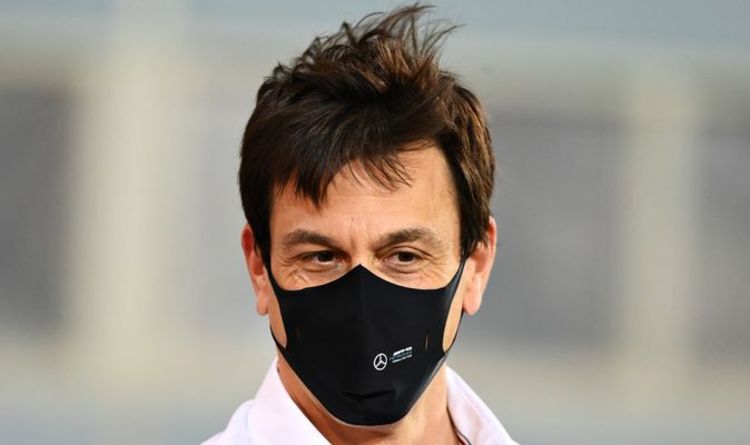 Mercedes team principal Toto Wolff has suggested that Red Bull‘s Max Verstappen is at least two-tenths of a second quicker over a single lap than seven-time world champion Lewis Hamilton at present, with the Silver Arrows facing a renewed challenge from their Constructors’ Championship rivals in the early stages of the new season. Verstappen sealed victory at the Emilia Romagna Grand Prix earlier this month with an impressive effort, holding off his Mercedes counterpart for the duration of the race after squeezing past on the opening lap.

Red Bull have looked quicker than the German outfit since pre-season testing, suggesting that the two F1 heavyweights could be embroiled in a close battle at the top between now and the end of the campaign.

A number of regulation changes mandating alterations to the floor area have worked against the Silver Arrows, who dominated proceedings last season with Red Bull winning just two races, but the Austrian team have started brightly this time around.

Verstappen snatched pole position at the season-opening Bahrain Grand Prix, which was eventually won by Hamilton, last month and narrowed the gap to his British rival by taking the chequered flag at Imola.

Meanwhile, the latter currently leads the Drivers’ Championship standings by a single point thanks to achieving the fastest lap, but is likely to face a tough test in returning to winning ways at Portimao.

Wolff has admitted that he is under no illusions with regards to his team’s rightful place in the performance charts, claiming that Verstappen and Red Bull are enjoying a significant pace advantage that could allow them to mount a sustained championship challenge for the first time in eight years.

“We are behind Red Bull at the moment, in all areas of the car,” Wolff told Autosport.

“We have to catch up first. I think the racing gods were kind to us in Bahrain, that we got the most out of the car [to win the race]. That was good in the race.

“If everything runs cleanly and everyone stays faultless [in qualifying], we are two-tenths behind Max on the grid, and not in front.

“But in sport, everything always turns out differently, and Lewis really conjured up a super lap. That’s why he was in front.

“We’re stretching with everything we’ve got against what we think is a better Red Bull package.”

Mercedes have won each of the last seven Constructors’ Championship titles, but their dominance finally appears to be under siege amid the emergence of Verstappen and Red Bull as genuine contenders.

It remains to be seen whether there will be a shift in the balance of power before next season, when wholesale regulation changes will be introduced in order to generate closer racing.

Wolff suggested that Mercedes may find themselves falling down the pecking order in 2022 if their rivals manage to adapt quickly, warning that a reshuffled grid would pose a significant threat to his team’s formidable reputation.

“If you keep the rules, the field converges,” added Wolff.

“For those in front, the gains get smaller and smaller, even with more effort. And at some point, the teams that are behind will also continue this steep form curve, and then there’s the convergence.

“If you look at qualifying today, it’s tip-top, the way I felt that was the direction we should go.

“I promise you that next year, we’ll have another situation where we’ll have a totally disjointed field. Maybe not with Mercedes in front, but certainly back to square one.”