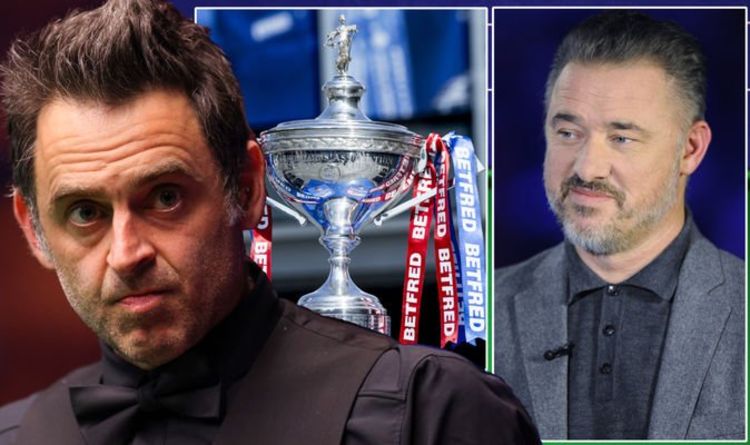 Ronnie O’Sullivan reckons he has five years left in him to match Stephen Hendry’s tally of seven World Snooker Championship victories, after his bid to draw level with the great Scot ended on Friday night.

The 45-year-old lost 13-12 to Anthony McGill in the second round in Sheffield as his defence of his Crucible crown ended early.

O’Sullivan failed to win a tournament in a season for the first time since 1995-96 after his first ever career defeat to McGill.

The six-time world champion was not the favourite, with world No 1 Judd Trump instead enjoying that status, but was still expected to go deep into this year’s World Championship.

But as he’s left to reel from his loss, which came despite him coming back from 10-5 down to lead 11-10 and then 12-11, O’Sullivan insists he has five years to match Hendry.

The 52-year-old Scot returned to professional snooker this year and is hoping to be among the 32 to play in the World Championship proper next season after losing to Xu Is in the second round of qualifying earlier in April.

Hendry is the only player of all time with more Crucible triumphs than O’Sullivan and the Essex potter has set a five-year timeline to catch up with The Golden Boy.

“I have probably got another five years to equal Stephen,” said O’Sullivan after losing to McGill.

“The way I look after myself, the way I play, I look around and there are some decent players, some very good players.”

O’Sullivan says he’s not putting too much pressure on himself to win a seventh World Championship though.

He added: “I suppose I could get it right maybe one more time. It’s probably the only record I haven’t got so I won’t be too hard on myself.

“It’s impossible,” Bingtao declared after his first round win over Martin Gould. “It’s very difficult and I have little chance.

“I’m working hard every day from this match but it’s impossible – 17 days [at the Crucible] is a long time.

“Any Chinese player can win the title – not just me or Ding [Junhui]. But [Ding] has the best chance.

“Winning the Masters has given me very big confidence. It changed my life but every day is practice, practice for the World Championship.”

Bingtao faces Shaun Murphy in the second round of World Championship and goes into Sunday afternoon trailing the Englishman 6-2.