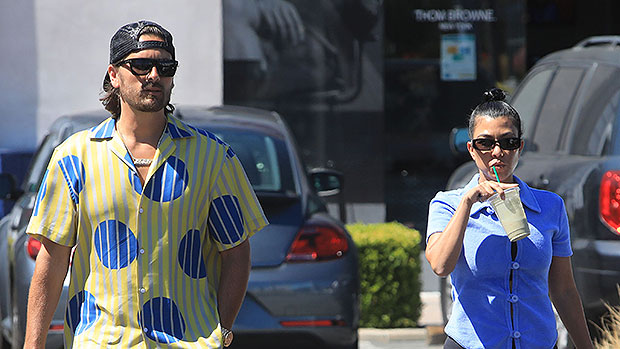 It seems Scott Disick isn’t the biggest fan of his ex Kourtney Kardashian’s PDA-heavy relationship with Travis Barker. Here’s why.

There’s been no shortage of PDA between Kourtney Kardashian and her new man Travis Barker. While her family, friends and fans are incredibly happy to see her looking more radiant than ever, it seems one person isn’t a huge fan of their social media posts — including one of Kourt sucking Travis’ finger! A source close to Kourt’s ex Scott Disick has revealed the Keeping Up With the Kardashians star worries their blossoming relationship could affect “his standing” within the KarJenner family.

“Scott doesn’t like seeing what is happening with Kourt and Travis because as that relationship continues to blossom it makes Scott feel like he might lose his standing within the family,” the insider dished to HollywoodLife. “Sure he will always be connected because of the kids but if Kourtney moves on and even possibly gets married it will be such a gut punch because he wasn’t the one who did it.” The source also explained that it would be a “blow to his ego,” adding, “he is considering the fallout … if he loses his standing with the family then his outside ventures will dry up as well.”

Advertisements
A second source also explained that he and Kourtney were in a “great place” prior to her new relationship with Travis. “Scott was feeling closer to Kourtney than he has in a long time after his split from Sofia [Richie], and before she started dating Travis,” the insider revealed. “They were in a great place as co-parents and communicating better than ever. Of course they weren’t a couple, but he was really enjoying just spending time as a family and bonding again.”

The source added, “Scott’s happy for Kourtney and he would never want to take that away from her, but he does miss spending as much time with her and the kids as he had before. He understands that this was bound to happen at some point, he just didn’t imagine it would happen so soon. Scott is learning to adjust and at the end of the day, he just wants what’s best for Kourtney and if Travis makes her happy then he’s all for it.”

On the most recent episode of KUWTK, Kourtney admitted that talking about the possibility of getting back together with Scott in the future gave her “anxiety” after he cheated on her in the past. “I don’t know,” she said. “He’s handsome, he’s smart, he’s funny, he’s the dad of my kids. I think just the thought gives me anxiety.”
Advertisements
‘doesn’t, Barker, Disick, Kardashian’s, Kourtney, like, public, romance, Scott, Travis, very