Analysis: A different way to look at Texans’ differences —... 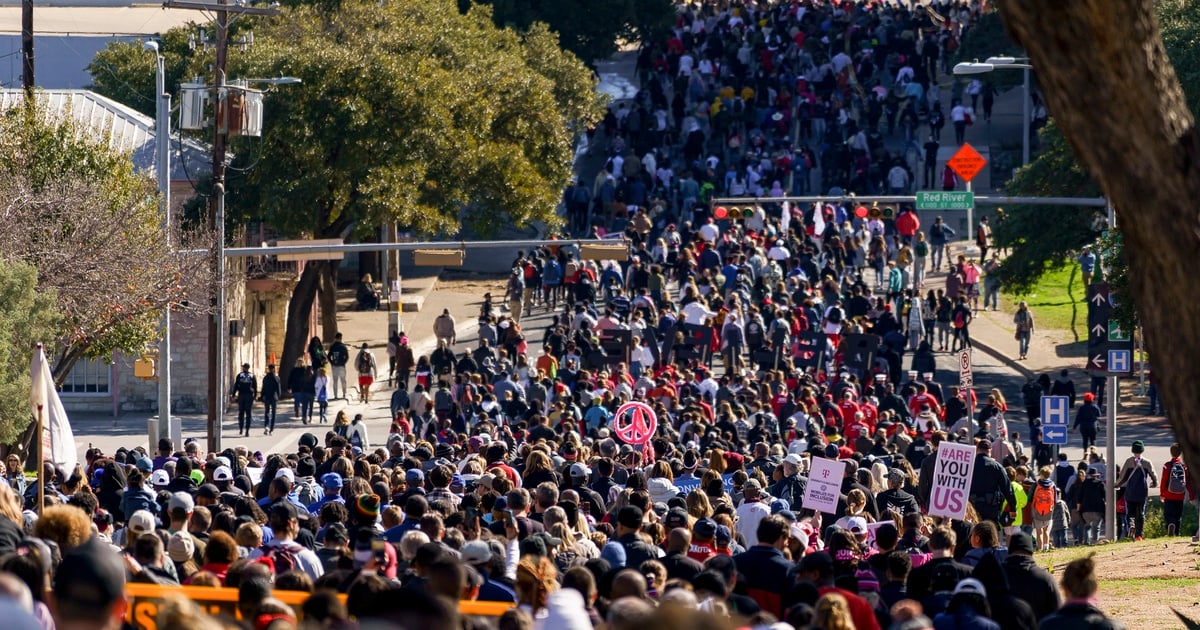 Most Texans don’t think the political divisions in the state are as bad as they look; 81% told surveyors for a new Threads of Texas project that Texans’ common attitudes outnumber their differences.

The project, which launches Monday, edges into activism: More in Common, the outfit doing it, will turn to working with other organizations on civic and policy projects, using its assessments of public opinion. The nonprofit bills itself as a nonpartisan counter to divisive politics, out to “address the underlying drivers of fracturing and polarization.”

In 2017, More in Common started a series of national surveys along the same lines, called Hidden Tribes. That report started with this sentence: “America has never felt so divided.” Their analysis of the 2018 elections, based on that work, was that the outcomes had more to do with voter turnout that year than with changes in voting behavior.

This Texas project, researchers said, revealed a different theme as the state went through the 2020 election and into a once-every-two-years legislative session.

“What we found is that, by looking only at Republican or Democrat, or only at immigrant versus native-born, or rural and urban, those fault lines exist, but they’re not as galvanizing in Texas as they are across the national level,” said Christiana Lang, senior associate at More in Common USA. “Texas is unique, and Texans share really strong identities, even across those demographics.

“When we got into the focus groups and really heard from Texans, what came across most memorably were their stories about community, interactions they had with each other, or their neighbors, or teachers or as a parent,” she said.

The group’s aim is to turn to organizations working on problems in various areas like education or civic engagement, Lang said, trying to find ways to connect people in different groups after finding their common interests and attitudes.

In the Texas project, they created seven groups “defined by their orientation and emotion towards change and their understanding of what it means to be Texan.”

Their groups, as they label and describe them:

You can take a test on their website — in English and in Spanish — answering a few questions, to see which pigeonhole they’d put you in.

They started with extensive polling of 4,000 Texas adults in July and August of last year, followed by another round of polling and a series of focus groups this year, after the winter storm that led to devastating electrical outages across Texas.

Some of the results were unsurprising. As the Texas Legislature enters the last month of its 140-day biennial regular session, only 30% agreed that “people like me have a say in politics.” The answers varied among the groups, from a low of 15% among Lone Star Progressives to a high of 43% among Texas Faithful.

Some were unexpected: Corporate activism is a hot topic at the moment, with big companies saying they oppose the proposed restrictions on voting being considered by the Texas Legislature and in other states. In the Threads of Texas project, 59% of adults agree with the statement “big corporations are conspiring against ordinary Americans.” Majorities of five of the seven groups agreed.

The results are interesting, but the next step is the acid test for the project. Can they really get people to work together on problems that have divided us for years?