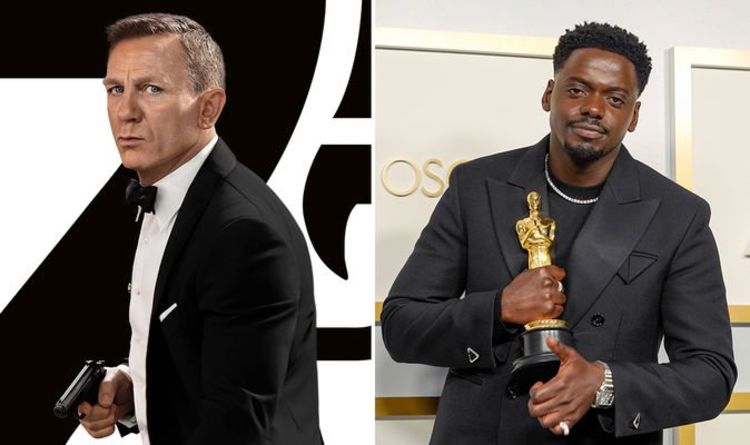 We’re still several months away from when Daniel Craig’s final 007 outing No Time To Die hits cinemas, but that hasn’t stopped fans from speculating over who could be the next James Bond. In the latest big shakeup at the bookies, Black Panther and Get Out star Daniel Kaluuya has seen his odds of taking up the Licence to Kill halved, after winning the Best Supporting Actor Oscar last night. The 32-year-old won the Academy Award on his second-ever nomination for playing Frank Hampton in Judas and the Black Messiah.

But now bookmakers Ladbrokes report that his odds of being the next James Bond have been slashed from 40-1 to 20-1.

A spokesperson said: “Daniel Kaluuya’s recent Oscars success has led to plenty of speculation about his next move, and his odds of playing 007 next have been slashed substantially.”

The British star still has a lot of competition in from of him though, with Jamie Bell, Jack Lowden and Aidan Turner on 16-1.

READ MORE: James Bond: Idris Elba on 007 rumours that have ‘always chased me’

Just ahead of those is Superman star Henry Cavill, who came second to Craig in the auditions for 2006’s Casino Royale.

In his early twenties at the time, the scene he and his fellow contenders had to act out was from Sean Connery’s From Russia with Love.

In fact, the audition specifically saw Cavill having to walk into a room in a towel.

The 37-year-old told Men’s Health in 2019 that director Martin Campbell had said to him: “Looking a little chubby there, Henry.”

Responding to the rumours, Page told The Mirror he was “flattered” by all the 007 speculation around him.

The 31-year-old said: “Ah, the B word. I think that if you are British and you do anything of note, that other people take notice of, then people will start talking about that.

“I think that’s fairly normal and I’m flattered to be in the category of Brits that people have noticed.

“Nothing more – or less – than that. I think the concept of having plans in this moment in history is mildly hilarious. So I’ve given up on making them.”

With No Time To Die being Craig’s final outing as Bond, no doubt auditions to search for his replacement will be on the minds of the 007 producers.

Previous stars to win the role of Ian Fleming’s spy have been in their thirties and forties, – so Page is certainly at the right age.

Casting the 31-year-old could be a great way to modernise the franchise with the first non-white Bond.

Whatever happens, the next 007 reboot will be a “reimagining” according to producer Barbara Broccoli, just as it was at the start of Craig’s era.