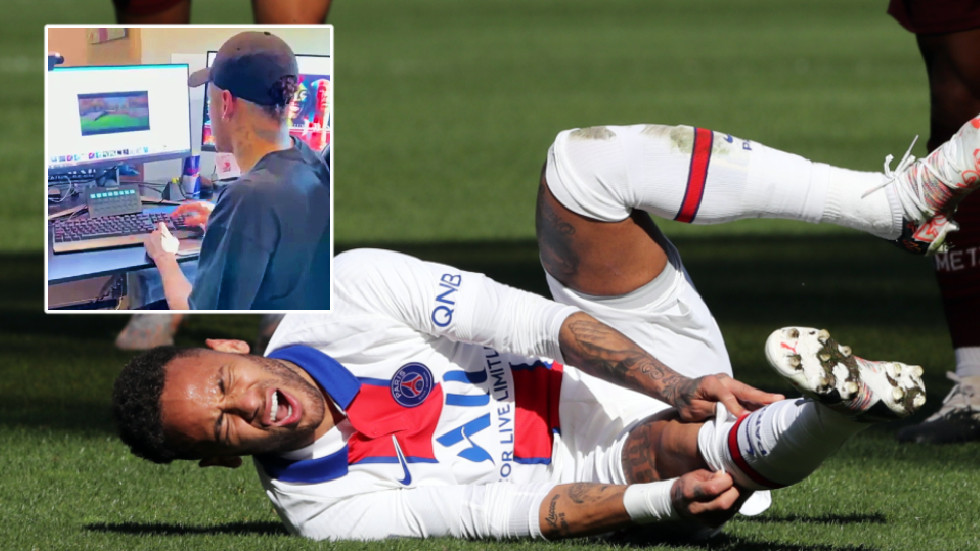 Paris Saint-Germain striker Neymar has announced that his latest venture is a starring role in all-conquering video game Fortnite, with fans reacting by questioning the Brazil playboy’s notorious fondness for play-acting.

Millons of gamers around the world who pay for a special pass can have the privilege of playing as Neymar in the Battle Royale sensation, taking on a series of challenges that includes a ‘Neymar Jr Cup’ with the world’s most expensive player reimagined in superhero style.

Barcelona defender Sergi Roberto and eSports favorite Temperrr were among the stars to add their approval after Neymar showed himself playing with his virtual likenss in the game, sitting in front of a computer to try out the character – known as a ‘skin’ – and smiling as he revealed the news to his Instagram following of more than 149 million.

“You’ll be able to run wild with me,” he declared, before arguments began between viewers who questioned the makers of the game because of alleged homophobic remarks directed by Neymar towards his mother’s former boyfriend which were never proven to have been made.

Others accused critics of looking for an excuse to “cancel” the creation of Neymar in the game. “Keep crying,” read one of the avalanche of memes produced in response to the news. “You can’t remove Neymar from Fortnite.”

Some of the reactions focused on the on-pitch theatricality which was again in evidence from Neymar at the weekend.

The former Ballon d’Or contender showed off his exceptional skill by nutmegging an opponent during PSG’s 3-1 Ligue 1 win at Metz, only to embarrass himself in the same instant by tumbling to the ground after what appeared to be the lightest of unintentional brushes from his rival’s arm.

“Neymar summed up in one video,” said one watcher. “Good skill, dive… tries to kick out.”

An avid gamer himself, Neymar has not been short of controversy on streaming platform Twitch, where he has more than 1.4 million followers and has a photo with his son, Davi, as his profile picture.

The 29-year-old was banned by bosses after sharing the phone number of Richarlison, who plays for Premier League side Everton and is one of his Brazil teammates, with thousands of viewers last November.

Richarlison was said to have received more than 10,000 messages within minutes after his contact details inadvertently flashed up when he called Neymar during the forward’s live session on the game ‘Counter Strike’.

Neymar summed up in one video. Good skill…dive….tries to kick out

Paris remain second in a remarkably tight race for the Ligue 1 title following the victory at Metz, which featured two goals from France hitman Kylian Mbappe to leave his side a point behind Lille and a point above Monaco with four matches of the domestic season remaining.

The reigning French champions are next in action on Wednesday, when they face Premier League title certs Manchester City in the first leg of the Champions League semi-finals.

Also on rt.com PSG-Bayern masterclass was a reminder of Neymar’s genius – but without more solid accomplishments, his legacy is lacking