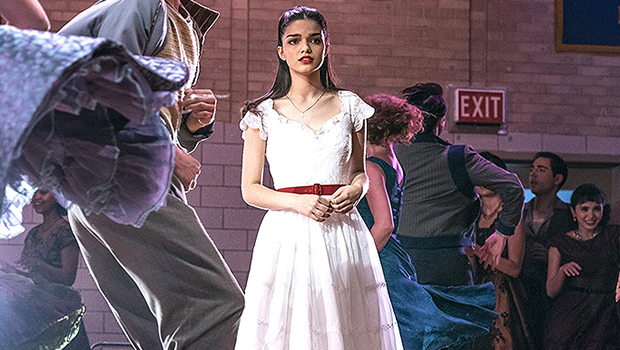 We are so ready for Rachel Zegler, an unknown high school student from New Jersey, to take on the role of Maria in Steven Spielberg’s ‘West Side Story’ remake!

The first glimpse of Steven Spielberg’s version of West Side Story dropped on Apr. 25, giving viewers a taste of what the remake will bring when it arrives (presumably in theatres) in December. It also gave the first look at newcomer Rachel Zegler as this big-screen adaptation’s Maria. The New Jersey native was just 17-years-old when she landed the role in 2019, beating out tens of thousands of other applicants for the chance to star opposite Ansel Elgort, David Alvarez, Ariana DeBose, and Rita Moreno (who won the Oscar for Best Actress in a Supporting Role in the 1961 film adaptation.) The honor was not lost on her.

“I am so thrilled to be playing the iconic role of Maria alongside this amazing cast. West Side Story was the first musical I encountered with a Latina lead character,” Rachel said upon her casting, per Variety. “As a Colombian-American, I am humbled by the opportunity to play a role that means so much to the Hispanic community.” As viewers start to decide if they’re either a Jet or a Shark, here’s what you need to know about Rachel.

1. Rachel responded to an open casting call for West Side Story.

Steven Spielberg began casting for the role of Maria in January 2018. Wanting to keep the movie as “ethnically authentic” as possible, the open casting call requested Latinx actors. Zegler responded to the call with a video of herself singing “Tonight” and “Me Siento Hermosa [‘I Feel Pretty].” Those submissions stood out from the 30,000 others, earning Rachel this potentially star-making role.

“When we began this process a year ago, we announced that we would cast the roles of Maria, Anita, Bernardo, Chino, and the Sharks with Latina and Latino actors,” Spielberg said, per Variety. “I’m so happy that we’ve assembled a cast that reflects the astonishing depth of talent in America’s multifaceted Hispanic community. I am in awe of the sheer force of the talent of these young performers, and I believe they’ll bring a new and electrifying energy to a magnificent musical that’s more relevant than ever.”

Rachel Zegler is no stranger to being the lead role! Born in Hackensack and raised in Clifton, Rachel developed her acting chops by partaking in theatrical productions at Immaculate Conception, an all-girls Catholic high school. She played Belle in “Beauty and the Beast,” Ariel in “The Little Mermaid,” Dorothy Brock in a production of “42nd Street,” and Princess Fiona in a production of “Shrek the Musical.” Each role earned her a Metro Award nomination for Outstanding Lead Actress.

She has also portrayed Mimi in Rent, Cosette in Les Miserables, and Serena in Legally Blonde. In June 2019, Rachel graduated from high school.

If you want to get to know Rachel better, there’s no better place to start than her YouTube channel. With 200k subscribers (as of April 2021), Rachel entertains her growing fanbase with covers of pop songs, Vlogs, and other videos. Rachel’s cover of “Shallow” from A Star Is Born went insanely viral with over 3 million views and counting. Then, when haters said it was autotuned, Rachel took to Twitter to post a soundcheck where she belted out some more “Shallow” lyrics, and DAMN, this girl has PIPES!

4. Rachel is a gun-control activist and speaks out against social injustices.

Rachel has shared a number of posts to support the March For Our Lives movement and stand with immigrants on her Twitter page. “Protect kids, not guns. I’ve said it before, and I’ll say it again: change is necessary for survival. our children are too precious and too important to be lost to the senseless need of guns,” she wrote in March 2018 with the “March For Our Lives” logo. In another, Rachel posed with a “Deport Trump” graffiti. While Rachel’s Instagram is mostly professional (with the occasional glamour selfie or goofy photo), her Twitter is highly active in social issues.

Rachel is primed to be the next big thing in Hollywood. West Side Story will not be her only shot at the big time, because she will be part of Shazam: Fury of the Gods, the sequel to the surprise hit superhero movie starring Zachary Levi. Rachel’s role, as of early 2021, was kept under wraps, but she did tweet, “I am in my key role in Shazam 2 era,” per Variety.