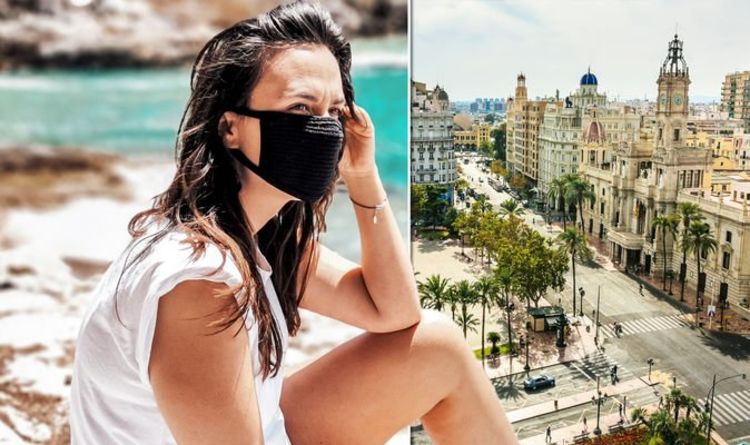 Spanish officials and those who work in the tourism industry are hoping Britons are able to travel to Spain en mass this year, to help ease the stress on the sector.

Currently, the Canary and Balearic Islands are the most likely options for holidays.

However, different areas of Spain are in talks with officials to allow them to be greenlit for Britons.

According to reports, Madrid is one area in contact with UK authorities to allow visitors from the UK without quarantining on return.

However, Travel Secretary Grant Shapps hinted earlier in the week there may well be a difference between the rules of islands and for mainland travel.

READ MORE: When will the US open its borders to the UK?

Valencia’s Director General for Tourism, Francesc Colomer has said he “was left with a feeling of some hope” after meeting British representatives.

Secretary of State for Spain Global, Manuel Muñiz, one of the Spanish negotiators with London said: “We have been defending that the important thing is that the regions be evaluated epidemiologically and not necessarily entire countries.

“If we proceed in this way, we can be much more gradual in measures and in mobility restrictions.

He added: “We will be prepared.”

“We are eagerly awaiting the update on the green list and welcome the news that islands could be considered separately,” he told Express.co.uk.

“We do believe that safe travel to the Balearics can be resumed with a reliable testing programme pre-departure and prior to returning.”

The Foreign Office has issued a major vaccination update for British expats in the past weeks.

In its latest update for Spain, the FCDO explains it has provided “new information on how to get COVID-19 vaccine if you live in Spain but are not registered for public healthcare.”

It reads: “We have received the following information from certain Spanish regional healthcare authorities for those who are not registered for public healthcare (for example, those who have private health insurance).

“Please be aware that this is information from the Spanish authorities and is subject to change.”