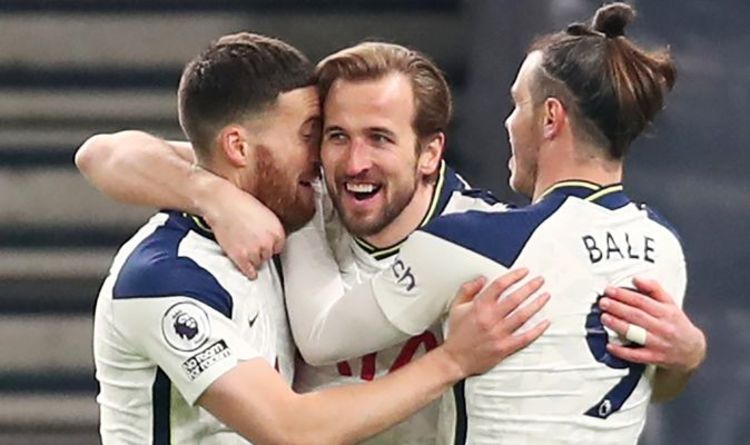 Former Tottenham manager Harry Redknapp believes the club will keep Harry Kane if he is promised that they will spend big this summer.

Kane’s quest for the first trophy of his senior career was extended after Spurs were beaten 1-0 by Manchester City in yesterday’s Carabao Cup final.

Aymeric Laporte scored the only goal eight minutes from time. It means that Tottenham’s wait for silverware will enter a 14th year.

And various reports have linked Kane with a move at the end of the season, with the striker keen to win trophies.

However, Redknapp feels the 27-year-old may be convinced to remain if the club secure some major signings in the transfer window, even though signing for a top team would ‘guarantee’ him a Premier League title.

“I think he’ll stay. I think the new manager will come in and convince him that they’ll be having a go and signing a few more players,” Redknapp told goal.com.

“There’s nobody better than him. I wouldn’t swap him for any centre-forward in the world, personally.

“He would guarantee Man City, Man Utd or Liverpool winning the league next season, for sure. He’s a fantastic player. Tottenham have to keep him.

“Everything is in place at Tottenham. They’ve got the best stadium in England, bar none. They’ve got an incredible training ground, which is out of this world, and they have good players.

“Okay, maybe they need to shift one or two out who have come to the end of their time, and get one or two in.

“But if they do, anything can happen. They could be right there challenging next season.”

Redknapp was surprised by the timing of Mourinho’s departure, which came just six days before the Wembley showdown.

The 74-year-old has said that the inexperienced Mason, 29, will not be given the job on a permanent basis. Instead, he believes owner Daniel Levy will already have Mourinho’s replacement lined up.

“(Sacking Mourinho) was a really strange one. The timing, for sure. There was talk of Jose going, but I couldn’t see it happening when it did.

“I don’t know what’s gone on, but there’s got to be a reason behind it.

“One thing is for sure, Tottenham will have someone in place already. I know how Daniel Levy works.

“He’ll have spoken to someone, got somebody in place, someone he can’t get at the moment because he’s in a job, so he’s given it to Ryan Mason until the end of the season.

“Then, in the summer, somebody will come in who is already in a job at the moment.

“It won’t be Ryan. He won’t be getting the job, as nice as we can try to be about him.

“He was a young boy when I had him (as a player). He was a very quiet boy. It’s a great opportunity for him, but I wouldn’t say I saw it coming.”

“He’s not a big, outgoing personality, that’s for sure. But I knew him when he was very young.

“It’s a big change to go from working with the kids to suddenly managing a big football club, under all this pressure. It’s a different world, a different game.”