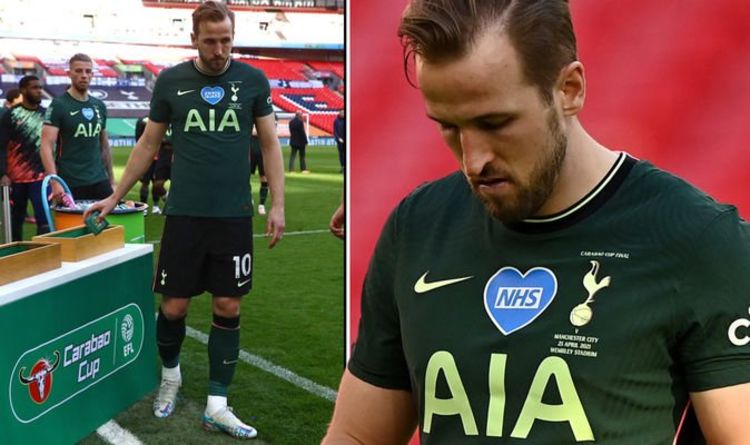 It was a Wembley winner that Kane would have loved to have been on the end of – and the challenge now for Tottenham is to convince the striker he can fulfil his ambitions if he stays in North London.

Spurs face winnable games against Sheffield United, Leeds, Wolves, Aston Villa and finally Leicester – who could yet slip out of the top four – but they are relying on Chelsea, West Ham and Liverpool to slip up.

One of the tasks interim coach Mason must do in those final five games is get his side playing in a cohesive attacking style that can convince Kane he can get back on that Champions League stage and, ultimately, win trophies.

And the club must get their managerial appointment right as they look to permanently replace Jose Mourinho with a coach who can play ‘the Tottenham way’.

Otherwise, Kane could be firing his way to silverware wearing different colours next season.