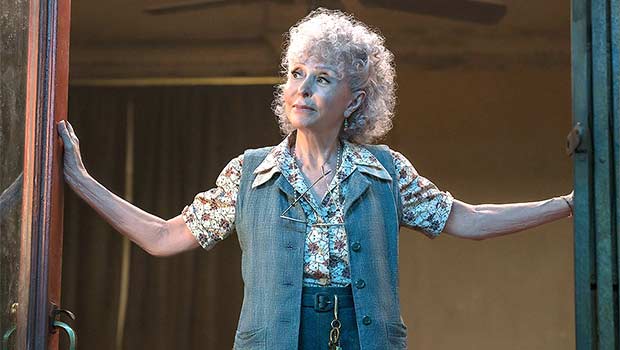 The very first trailer for Steven Spielberg’s ‘West Side Story’ debuted during the 2021 Oscars. Rachel Zegler and Ansel Elgort are perfect as the new Maria and Tony.

The long-awaited first trailer for the West Side Story finally arrived during the 2021 Oscars. Ariana DeBose, who stars as Anita in the film, helped premiere the footage. The wait may have been long for the new West Side Story, but it was so worth it.

Rita Moreno, who starred as Anita in the 1961 original film, will play Valentina in the 2021 remake. In the first trailer, the 89-year-old blew us away by singing “Somewhere (There’s a Place for Us)” from the original Broadway musical and film. Rita’s still got it, even after over 70 years in the business.

Rachel Zegler and Ansel Elgort star as Maria and Tony, the couple at the center of West Side Story. This film marks Rachel’s feature film debut, and she’s the perfect Maria. Her voice is absolutely breathtaking. If you’ve seen any of her viral tweets and Instagram videos, you know that she’s going to be a perfect Maria.

The movie also stars David Alvarez, Mike Faist, Corey Stoll, Brian d’Arcy James, Maddie Ziegler, and more. West Side Story is directed and co-produced by Steven Spielberg. The film will be similar to the Broadway musical. The 1961 film starred Natalie Wood and Richard Beymer as Maria and Tony.

Rachel opened up about what’s sure to be a career-defining role for her during a 2020 Vogue interview. She gushed that West Side Story is a “beautiful display of Latin joy and the way that young Latin girls deserve to see themselves—dancing around in pretty dresses and singing about loving themselves. It’s something that’s mattered so much to me, being Latina—singing ‘I Feel Pretty’ and meaning it. I hope that young people everywhere will know that their features are gorgeous and their culture is beautiful. I think that’s what it’s meant to my family. They know that it’s going to happen.”

West Side Story was originally supposed to be released on December 18, 2020, but the COVID-19 pandemic pushed back the film’s debut. The official release date is now December 10, 2021, nearly a full year after its intended initial release. West Side Story will undoubtedly be the musical event of the 2021 holiday season.