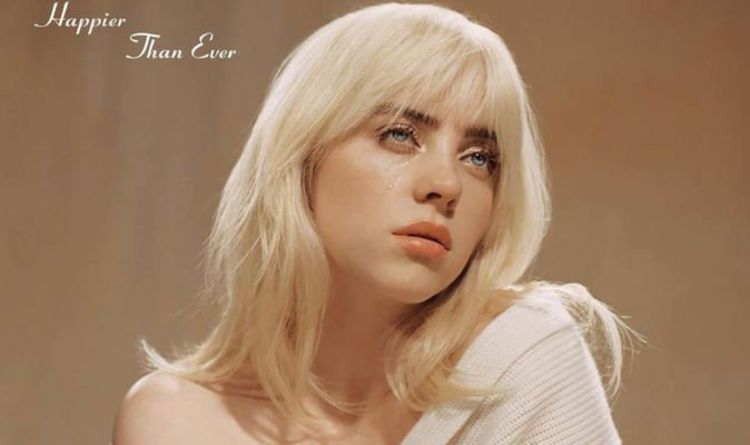 Billie Eilish is back in business after winning even more Grammys at the 2021 ceremony. She has already teased an upcoming album with new song releases and comments about her ’16 tracks’ waiting in the wings. Now, those rumours have finally been confirmed and her new album, Happier Than Ever, has been announced.

When is Billie Eilish’s new album Happier Than Ever coming out?

Billie has finally announced her new album and, luckily for fans, they don’t have to wait too long before they can hear the new music.

In fact, Billie is dropping one song from the album pretty much immediately, though she has not given away which tune that will be.

The album as a whole, named Happier Than Ever, is coming out on July 30, and the new song will come out on Thursday, April 29 at 9am PT, which is 5pm BST.

Despite the album’s title, the album cover image shows Billie with a single tear running down her face, showing she may not have departed too far from her emo-pop style of her debut album, When We All Fall Asleep, Where Do We Go?

Having said this, her song My Future, released in 2020 after months of lockdown and coronavirus quarantine, was far more hopeful than some of her previous, meaning this album could be a lyrical departure for Billie.

Pitchfork have revealed the full tracklist for the album as well, which will include some numbers fans will recognise.

Billie even teased the number as being ’16,’ the exact number of tracks on the new album, which could show Billie’s love for her songs meant she could not bear to leave one out of the final record.

Speaking to Vanity Fair in February, she said: “Right now I have 16 [songs]. We’ve been working. And I love them all.

“I think Finneas and I have just seriously really gotten in the groove. We do it so fast.

“So, I’m so much better at it. I love it so much more. I actually really do enjoy it now and I do feel like I’m pretty good at it now.”

She also revealed in an Instagram Q&A with fans that the final record would have 16 tracks on it, meaning she really could not choose between those she was working on.

Previously released songs My Future and Therefore I Am appear on the final album.

Happier Than Ever is released on July 30, with a new song coming at 5pm BST on April 29