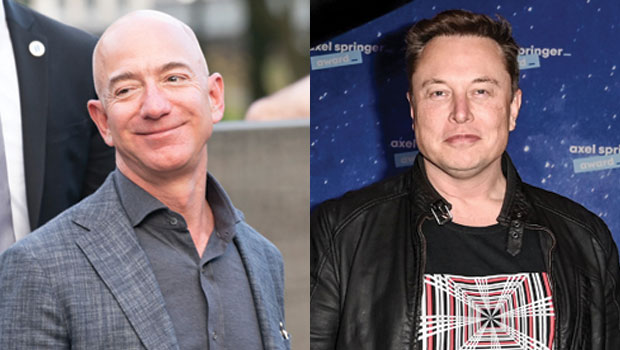 The multi-billionaires are fighting! Elon Musk couldn’t resist poking fun at Jeff Bezos, after Elon’s SpaceX company won out over Jeff’s Blue Origin company in a bidding war over a $ 2.9 billion contract from NASA to build a moon lander for the Artemis moon program, which will allow 18 astronauts to make missions to the moon. Jeff’s Blue Origin company is now trying to appeal Elon’s victory with a 50-page protest that it filed with the federal Government Accountability Office on April 26, according to The New York Times.

Can’t get it up (to orbit) lol

However, Elon’s diss was not just trying to be raunchy — it was also a jab at the fact that the rockets from Jeff’s Blue Origin company have yet to reach orbit, since Jeff founded the company in 2000. Meanwhile, SpaceX launched four astronauts for NASA on its Crew Dragon capsule on April 23, and the crew docked with the International Space Station on April 24. SpaceX launched its first astronauts into orbit in May of 2020.

Elon appeared to further mock Jeff by tweeting a screenshot of an old article from 2019. It highlighted the time the Amazon founder hosted an event to unveil Blue Origin’s moon lander and laid out his vision for “a trillion people in space, living not on moons or planets, but bucolic space colonies,” a civilization that Jeff hoped to set the foundations for with his space company, according to the NYT article.

Blue Origin isn’t the only company protesting the fact that SpaceX will be manufacturing the lunar lander for future astronauts. Dynetics — a defense contractor based in Alabama that was also  — also filed a protest with the Government Accountability Office on April 26, per NYT. However, “NASA cannot provide further comment due to pending litigation,” a spokesperson from the space agency wrote in a statement to the newspaper.