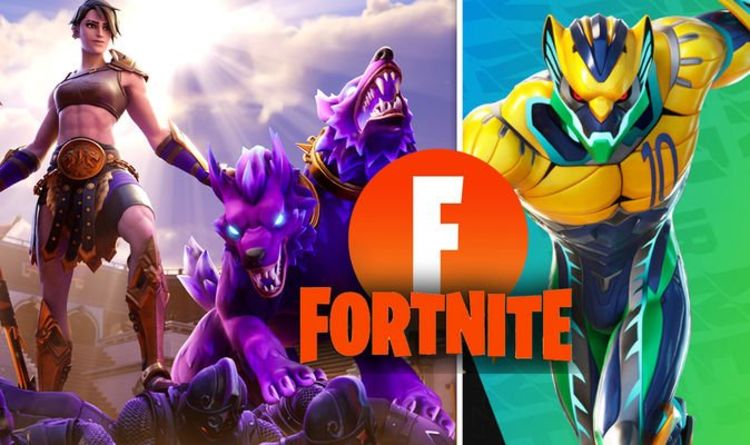 UPDATE: Fortnite servers are offline for the release of update 16.30.

The servers are expected to be offline until at least 10.30am UK time, although sometimes slightly later.

The news was announced by Epic Games on Twitter: “Downtime for v16.30 has begun. We’ll let you all know when downtime has ended and services are back up.”

The new update adds the Unstable Bow, which fires either a Fire Arrow, Shockwave Arrow, Grenades Arrow or Stink Arrow.

As you can see from the images below, dataminers like Lucas7Yoshi have uncovered the new skins releasing after the update.

The new patch will be available to download alongside a period of server downtime at 9am BST.

The scheduled downtime is expected to last for between 1-2 hours, so expect the game to come back online by 11am UK time at the latest.

According to the update 16.30 patch notes, the new download will introduce a brand new Exotic Bow.

Fans will also be able to participate on the upcoming Floor Restores LTM, while remaining Primal, Makeshift and Bows will be added to Creative.

Of course, the new update will also add the Neymar Jr. skins and challenges, which will join the game once downtime ends.

Needless to say, Epic Games will make countless bug fixes and gameplay tweaks, which you can see in the patch notes below.

• Stay low, stay safe in a new LTM this weekend: The Floor Restores

• You can now hold the Inventory button with a Craftable item in-hand to jump right to the Crafting tab and hit Accept. No more navigating menus in a gunfight!

• Inspecting an item will now show exact number values for stats like damage and fire rate.

• Players receiving a Quest from Jonesy The First that does not grant rewards.

– Players may receive a Quest from Jonesy The First to speak to Tarana, Lara Croft, Raven, Cluck, or Cobb’.

– This Quest currently does not grant rewards. This issue will be fixed and the Quest will be made available at a later date.

• Storm visual effects appearing outside of the Storm.

– We’re investigating an issue where the “Recent Islands” list does not update after entering a Private Island.

• Flag does not respawn when flag carrier leaves game.

– We’re investigating an issue where the flag may not respawn when the flag carrier leaves.

– We’re investigating an issue that is causing the “Allow Spectate Other Teams” Setting to not work correctly.