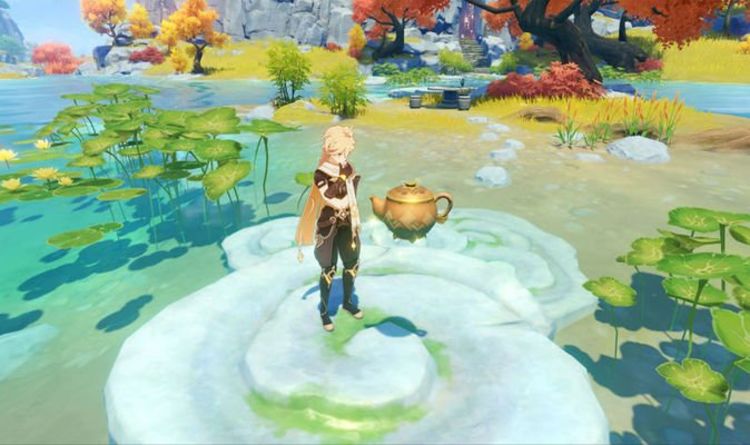 Developers Mihoyo has confirmed that they will be performing maintenance on Genshin Impact today.

This means that the popular action RPG will be offline for several hours and will be followed by the launch of Genshin Impact 1.5

This new version of the game will add new characters and features to the game, as well as bring it to a new platform.

After this week’s Genshin Impact 1.5 update, the RPG will run natively on PS5 consoles, rather than using backwards compatibility.

Enhanced textures and a new graphics library created from scratch will “add a new depth of detail to the game world, bringing Teyvat to life in richer and sharper detail than ever before,” according to a new press release.

“A tailor-made file-loading system exploits the powerful SSD of the PlayStation 5, achieving much faster loading times to offer a seamless adventure traversing the vast and diverse in-game environments.

“Players on PlayStation 5 will also be able to enjoy the exclusive view of a remodelled Qingyun Peak in Liyue, one of the most popular landmarks in the game.”

miHoYo also confirmed plans to take the functionality of the PlayStation 5 version further in the future, including providing additional support for the DualSense Controller’s features.

“In future updates, we will have much more potential to elevate the visual quality and game performance — we are only scratching the surface.”

Fans can also look forward to the introduction of the Serenitea Pot system, which will make it possible to build your own home within the game.

The Serenitea Pot will be going live this week as part of the update, although many of its features won’t be fleshed out until the next major update.

Decorating will be the main focus for when the Pot launches, and in the current version, there are already over 200 furnishings that you can place. In future versions, types and styles of furnishings will continue to be added.

The official Genshin Impact maintenance time has been set for today, April 27, at 11pm BST.

This will affect the game on PC, Mobile and PS4 consoles, with server downtime expected to last for around five hours.

And the good new is that while servers are down, there will be maintenance compensation of 300 Primogems for each players, after everything has been completed.

After maintenance has finished, Genshin Impact 1.5 will launch on Wednesday, April 28, with the Genshin 1.5 release time set for 4am BST.

For gamers in North America, the new Genshin update will be available to download at 8pm PST on April 27.

How to Update The Genshin Impact Client:

Android: Open the game and follow the directions on-screen. (Alternatively, you may open Google Play and tap Update.)

PS4: Highlight Genshin Impact from the PS4 Home Screen and press the OPTIONS button and Check for Update.