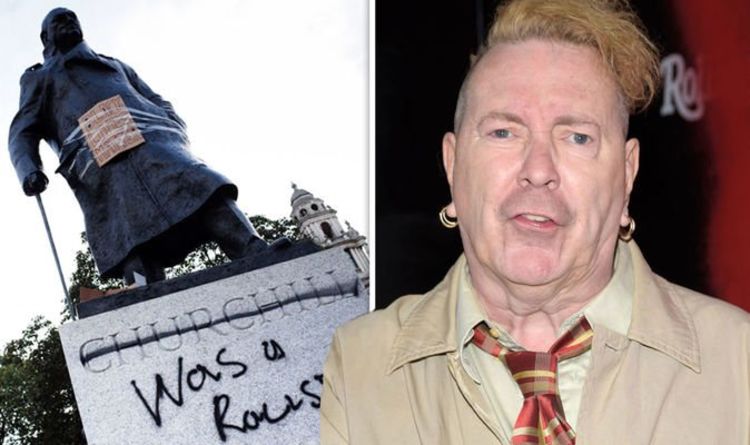 John Lydon, who rose to prominence as Sex Pistols frontman Johnny Rotten, has slammed cancel culture for tearing down and defacing statues of British figures including Sir Winston Churchill over claims of racism. The former punk rocker has hit out at woke whingers saying they have “s**t for brains” in a furious rant.

The 65-year-old claimed that universities are churning out a generation of “spoilt” snowflakes who attack “popular opinion” when they graduate.

The Sex Pistols frontman branded them as “horribly tempestuous spoilt children” who claim to be “disenfranchised”.

The rocker added he was unsure why the woke brigade have been given a platform to air their views on television.

Speaking in a new interview, the musician vented his frustrations and admitted he despises cancel culture.

The Anarchy in the UK singer hit out the pair’s bid for privacy as he claimed they should “mind their own business”.

His comments come after it was announced that Meghan and Harry’s Finding Freedom biography is expected to get a reboot this summer and lift the lid on the royal drama.

John added that putting themselves out there would lead to more scrutiny and less privacy.