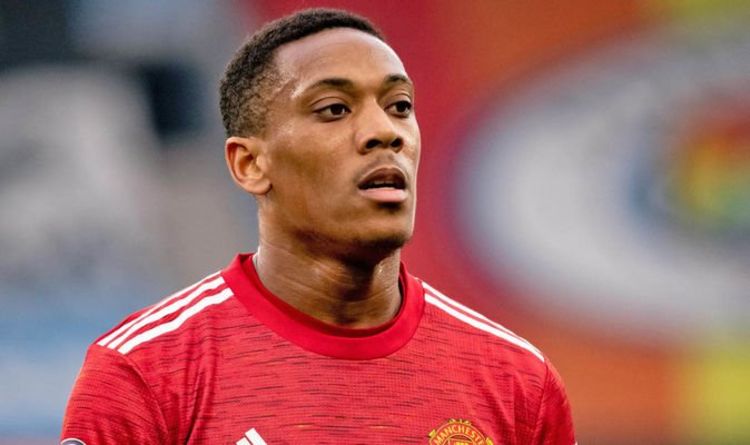 The last time Manchester United signed a young striker and threw him into the first-team as a vital player straight away, it was Anthony Martial. Few had heard of the France international before he was thrusted into the Old Trafford spotlight. And, now, the same may be about to happen to Slavia Prague’s Abdallah Sima.

There are serious questions marks hanging over the head of Edinson Cavani, who continues to be linked with a move to Boca Juniors.

Ole Gunnar Solskjaer himself has insisted Mason Greenwood isn’t ready to be the club’s main No 9, despite his recent return to form.

And Marcus Rashford, for all his talents, is better suited to the flanks than down the middle.

So United, ahead of the summer transfer window, are starting to look at potential targets.

Erling Haaland tops their wishlist but the Borussia Dortmund striker will be expensive. He’s also wanted by half of Europe, having scored 35 goals in the Bundesliga and Champions League combined.

If a deal for him happens, it would certainly have similarities with the one that took Martial back to Old Trafford nearly six years ago.

And Robin van Persie had regressed, having been the Premier League’s standout player under Sir Alex Ferguson two years previously.

That year, the usual names were linked.

Some expected the club to go after Cavani then, with the striker forced out wide at Paris Saint-Germain due to the huge presence of Zlatan Ibrahimovic.

Ibrahimovic himself was tipped to join, while there were also rumours the club would potentially pursue Real Madrid striker Karim Benzema.

But then, out of the blue, United signed Martial.

He was unknown, having slipped under the radar at Monaco. Suddenly, out of nowhere, he was the club’s main striker and a Van Gaal dependable.

He scored on his debut against Liverpool and that silenced his critics, especially one publication who dubbed him a ‘waste of money’ before he’d even kicked a ball.

Therefore, if United sign Sima, it would be a similar bolt from the blue.

He’s clocked up impressive stats this term, with the 21-year-old scoring 19 goals in 35 appearances across all competitions.

And United could now snap him up, with sources from the MEN expecting him to develop into a centre-forward further down the line.

He’s spent most of the season playing on the right wing, an area the club have had problems with ever since Cristiano Ronaldo’s move to Real Madrid in 2009.

And he may now be poised to play on the biggest stage, especially with Solskjaer so determined to land a new marksman.