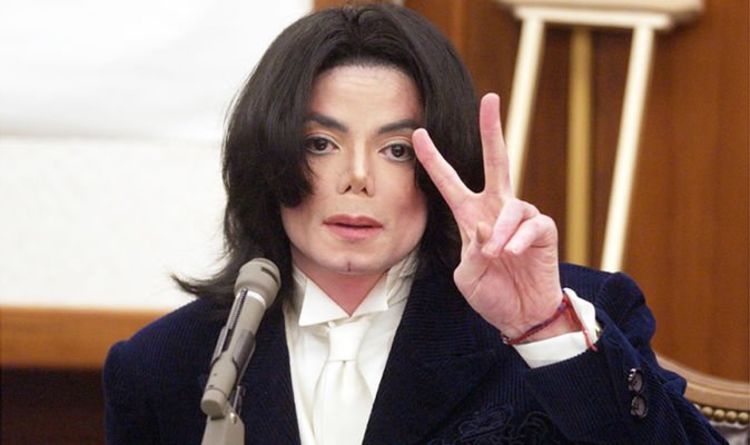 A new one-off show, Michael Jackson: A Faking It Special, showed a collection of body language experts poring over the late star’s actions in various interviews. The intention of the show was to determine whether he was telling the truth when he denied being involved in any child abuse scandals.

The show, which is available on Discovery Plus, shows body language expert Cliff Lansley looking at different events which saw Jackson being asked about “sleeping in the same bedroom” as some children.

This line of questioning followed a 2003 documentary made by journalist Martin Bashir titled Living With Michael Jackson where the star admitted to sleeping in the same bedroom as young guests in his home of Neverland.

The star said at the time: “We have guest units, but whenever kids come here they always want to stay with me, they never want to stay in the guest rooms. And I have never invited them into my room, they always just wanna stay with me. They say: ‘Can I stay with you tonight?’ So I go: ‘If it’s OK with your parents then yes you can.’”

One moment in the documentary shows 12-year-old Gavin Arvizo correcting Jackson when he said he slept on the floor in a sleeping bag. Instead, he revealed, Jackson slept on blankets.

Speaking about this moment in the documentary Lansley said: “So, this is a spontaneous correction, which is a reliable indicator of truth-telling.

“When someone makes a spontaneous correction to the fact that Michael Jackson says ‘I was in a sleeping bag,’ and then this young child has said ‘no, no, you pulled the blankets down and you slept on the blankets on the floor,’ is typical of the truth.”

He went on: “The fact that that child is making the correction is so natural and flows so easily, there can be a lot of confidence that Michael Jackson slept on the floor and this young boy slept on the bed.”

The expert added: “There is very little evidence that anything untoward went on between these two.”

Cliff continued: “It’s at this point we get a wider pitch range from Michael Jackson.

“He elongates the ‘yeah’ and we get this melodic ‘of course.’ And he slows the speed as well. He’s making it seem as though it’s perfectly natural. In fact, it’s the most loving thing to do.”

Shortly after the 2003 documentary aired Jackson was arrested and charged with seven counts of child molestation and two counts of administering an intoxicating agent for the purpose of committing a felony.

Later in the Faking It Special Cliff looked at Jackson’s statement denying the allegations made against him.

He revealed: “We hear a resignation at the end that gives us an indication of sadness in the form of an in-breath. So, breathe in three times for sadness.”

Cliff went on: “We even get movement in the brow, and this is rare in Michael Jackson’s face for whatever reason, whether it’s Botox or a tight face, the brows rarely move. But we see a flattening of the brows which is a reliable indicator of sadness.

“At the same time, we get this croaky flakiness in the voice. The universal trigger for sadness is loss. I think it’s loss of dignity with the physical examination and the loss of a childhood is a key part of his growing life.”

Gavin Arvizo later testified in court that he was molested by Jackson while he was at Neverland.

Michael Jackson: A Faking It Special is available on Discovery Plus.