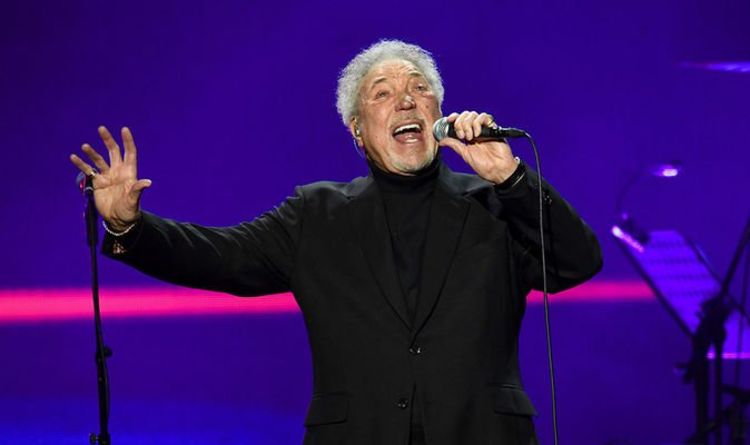 Last year, Sir Tom Jones turned 80-years-old and shows no sign of stopping with the release of his new album Surrounded By Time. Now in an interview with The Chris Evans Virgin Radio Breakfast Show with Sky, the Welsh legend has shared how his approach to singing is different now compared to when he was younger. It turns out the main change is that he’s got more time on his hands.

Sir Tom said: “I’ve got more time now and that’s why we called the album Surrounded By Time because time is very important and now it feels like I’m not in a rush because when you’re young, you want to get things done.

“You want to move on fast but as you get older, hopefully as long as the voice is still strong and flexible which it is, you’ve got to really think about it and it’s more important to me now than ever because it’s a bit of a wonder to me how kind God has been.

The 80-year-old then went on to speak of his life-long love affair with music.

Sir Tom added: “I was brought up in that culture of course in South Wales and then moved on to some fine wines and things like that but that’s about as far as I’ve gone.

“I’ve been lucky in that respect… I’m not saying that, oh, it’s okay to drink, it’s still a drug, but you’ve got to be careful with it and when you get older the hangovers are much bigger than they used to be when you’re young.

“You’ve got to take all those things into consideration and don’t try and be younger than you are. I can only do so much.”

The Welsh singer has been in show business for almost 60 years and a biopic of his extraordinary life could be on the way.

On his Life’s a Beach podcast, Alan Carr asked the star if a Tom Jones movie biopic was coming, to which he replied: “Well there’s been talk of it, yes. But then I’d have to tell-all.

“So I don’t think I’m ready to tell-all yet. Y’know what I mean, it’s one of those things. We’re thinking about it.”

The singer said he’d like an actor rather than a singer to play him and admitted he or a soundalike could provide the vocals.

The Chris Evans Virgin Radio Breakfast show with Sky, weekdays from 6:30am.