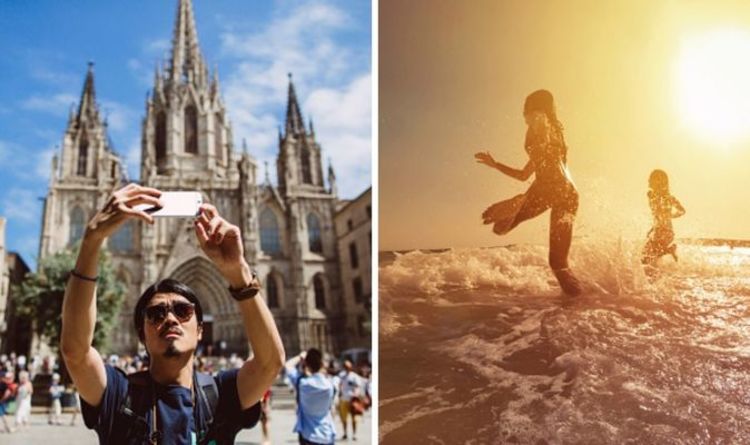 Brits love holidaying in Spain, with about 24 percent of Spanish beach tourism coming from the UK. The pandemic has restricted travel for more than a year now, and Britons are desperate for some Spanish sun. Lots of UK citizens have family and friends in the country and are keen to visit as soon as they can, but when will that be? Will it be possible to travel to Spain this summer?

Booking a summer holiday or arranging to stay with friends who live abroad is very risky at the moment.

Many people are hesitant to book summer holidays abroad because it is uncertain whether restrictions will change to actually allow them to go.

On average from the United Kingdom, it takes just under two hours to get to Spain, making it a popular holiday destination for British tourists.

But is Spain opening up to tourists? What’s the current situation? Express.co.uk explains everything you need to know.

At present, it is illegal to travel abroad from the UK for a holiday.

You must have a permitted reason to travel abroad such as for work or to receive urgent medical treatment.

Anyone who is allowed to travel to Spain must self-isolate for 10 days on return to the UK.

These rules will not change until at least May 17, when the government is set to review and report their decision on global travel.

Aviation minister Robert Courts said in a parliamentary committee in March: “There won’t be any travel before May 17, and we will look as soon as we can after that, but it really isn’t something I can give more detail on.”

Staycations, however, have been allowed from April 12, when self-contained accommodation such as campsites and holiday lets will reopen.

When can I travel to Spain?

The Government hopes to remove “all legal limits on social contact,” possibly including the restrictions on travel by June 21, 2021.

International travel is set to resume for people in the UK from May 17, but where you can travel depends on which countries allow people to travel from the UK.

At the moment, Spain is only allowing citizens of the European Union, Schengen states, Andorra, Monaco, The Vatican and San Marino into Spain.

If this doesn’t apply to you, you’ll need to demonstrate “through documentary evidence” an “essential need” to enter Spain.

For example, you might be a habitual resident of one of these places, a holder of a long-stay visa, a health professional going to or returning from essential work, a student, a highly-skilled essential worker, or someone travelling for “imperative family reasons”.

The UK Government is due to announce a traffic light system on May 17 to allow Brits to travel to and from ‘green’ countries without needing to quarantine on return.

It is thought that areas such as the Canary and Balearic Island as well as Malaga and Valencia will be green, with fewer restrictions than other areas in Spain.

However, the majority of Spain is expected to be on the ‘amber’ list, with Britons needing to take a pre-departure test and quarantine for up to 10 days on arrival to the country.

For the time being, Spain is still under a curfew and people in the country are only allowed to travel for work, education, care reasons and medical treatment.